The first ever Pot Stills USA Trade Show and Conference, a symposium to promote small scale artisan distilling, was held in the San Francisco Bay area on Feb. 27-28. Over 100 attendees attended the conference, which provided an interesting blend of information on all aspects of small scale artisan distilling. The conference was organized by brewpub pioneer Bill Owens, founder of Buffalo Bill’s, one of the country’s first brewpubs. Owens is now president and chairman of the American Distilling Institute.

The conference included informal tours of area distillers on Friday, while the trade show and panel discussions took place on Saturday inside the distillery at St. George’s Spirits in Alameda. With large open warehouse doors allowing the sun to bathe the standing room only group of brewers, distillers and other interested attendees, speakers gave presentations on start-up, distilling techniques, marketing and other components of this growing new category. The conference atmosphere had a clear resemblance to the micro-brewing conferences of the early and mid- 1980’s. Despite the fact that a few artisan distillers have been in business for over ten years, most of the over 45 pot stills in the U.S. are recent start-ups, many of which are operated in conjunction with a craft brewing business.

A panel discussion on “Getting the Doors Open” clearly set the tone that starting a small distilling business is no easy, or quick, task. The panelists, from four operating distilleries, each agreed that the application process for a federal license from the Trade and Tax Bureau was at least 16-18 months. Other hurdles included unanticipated local fire codes, sewer restrictions (the effluent from a distillery is more polluting that that of a brewery), and other local regulations. Ted Palmer, from Santa Monica Distillery, who has been involved with three small brewery start-ups said that the process to open the doors of a distillery are “far more complex and time consuming” than that of a brewery.

Like brewing, distilling is an art and craft; and producing high-end spirits worthy of a shelf price that can generate sustainable profit margins is a complex and difficult task. Professor Kris Berglund from Michigan

State University, which offers classes on distilling in
their on-campus pot still, gave a presentation on the

technical side of distilling production. Other speakers during various parts of the conference also offered a variety of technical and artesian procedures used in craft distilling.

The panel on “Marketing Your Products” sounded nearly identical to many panels at recent small brewers conferences. Access to market difficulties in a consolidating distribution network has created a huge barrier for craft distillers to build their brands. The panelists each related stories on an uninterested wholesale network beset by huge distillers and wineries who rob literally all mind share. Unable to afford sales staff, most small distillers are struggling to gain any kind of viable brand awareness, and each panelist agreed that a growing craft distilling segment would help all in the segment by promoting to the consumer the existence of high quality domestic spirits.

There are many similarities to the craft brewing industry, and there were many familiar faces at the conference from the craft brewing industry. Due to numerous production duplicities between brewing and distilling (industrial building, tanks, plumbing and electrical, bottling lines, etc.) it is significantly more cost effective for an existing small brewer to add a pot still than to open a stand-alone distilling operation. Efficiencies exist in sales and marketing as well, where many brewers already use liquor/wine distributors and have invested in developing a sales and marketing staff. Judging by those in attendance, there will certainly be more small brewers adding a pot still to their operation. 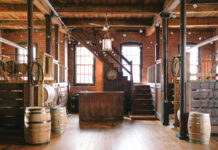 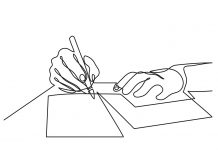 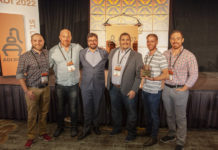