Some 1,600 attendees and over 100 exhibitors helped make the 2020 ADI Virtual Conference & Vendor Expo a social distancing success last week. In the face of shelter-in-place orders, organizers moved the conference to virtual in May after having previously postponed it from April to July.

Conference Director Anne-Sophie Whitehead said, “We decided to pivot early for everyone’s safety. We were the first in the industry to do it, and we made it a collaborative win by working with our speakers and vendors to deliver the same great content people are accustomed to from our face-to-face conference.”

Registrants accessed over 40 hours of live events via the website or app and could interact with one another and the speakers in a comments field. Some sessions featured pre-recorded videos — a virtual event trick that attempts to avoid the potential for hiccups in an all-live experience — followed by live Q & As with the speakers.

Attendees could also tour a virtual expo hall where vendors had prepared graphics, videos and downloadables, and attendees could book meetings and place video calls with vendors.

Early feedback to the Distiller team suggested attendees were willing to accept some digitial wonkiness for the sake of having the conference at all. Some attendees indicated they would not have been able to attend in person.

Neven Vorkapic of Kapela Distilling in Rijeka, Croatia, said, “This was a perfect opportunity to get full access from overseas. There were a few glitches, but that’s normal.”

“What matters, the people, are awesome,” said Christian Kahle, Lucky Sign Spirits, Millvale, PA. “The presenters and ADI staff have done a great job outside of the technical issues.”

Sessions covered a wealth of material from the science of water and yeast to profit models to political activism.

Two recurring themes were the industry’s response to shelter-in-place orders, and ready-to-drink cocktails, or RTDs. The latter have become part of the former, since packaging one’s spirits has been the only way to sell it to customers out of tap rooms.

A panel of three distilleries discussed the ways they used virtual events to keep engaged with customers. Here and in other panels there was an emerging consensus that the future will see more forms of virtual experiences even as tap rooms and bars reopen.

The conference closed with an all-day Rum Summit on Friday featuring talks on the histories of rum and rum cocktails, the sustainable care and processing of sugar cane, and the question of what, if anything, defines “American rum.” Matt Pietrik described the resurgence of high-ester rums, and Jonny VerPlanck compared the flavors of rums made from different parts of the cane.

Felicia Keith-Jones hadn’t been to the conference before. She recently moved her distillery, High Mark, from Anchorage to Reno, and decided to give the virtual conference a try. “Now, I’m hooked!” she said. “This is great info. It’s the ‘American Distiller’s [Institute], but beautiful knowledge has been shared by speakers from all over the world.” She intends to attend in person in 2021.

Each day’s activities were capped off with some form of virtual social event such as trivia, a virtual happy hour, or a bluegrass concert. 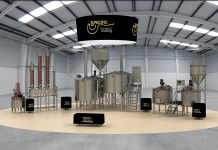 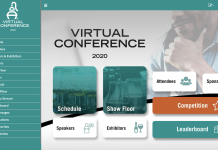 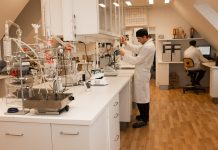