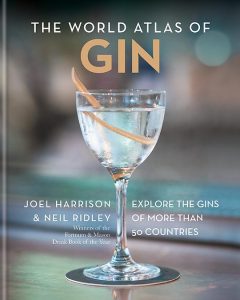 A dynamic duo who are no strangers to writing books on spirits, Joel Harrison and Neil Ridley have produced the previous titles Distilled and Straight Up, as well as their soon-to-be-released The World of Whisky. They were awarded the Fortnum & Mason Drink Book of the year in 2015 and have spent many years sharing and celebrating the world of spirits and consulting on various projects around the world.

The World Atlas of Gin sets its primary focus on the great variety of gin produced around the world and it features gins from more than 50 different countries. The book is separated into different regions, each with an unusual map made up of hexagonal segments showing the respective locations of the distilleries. Some of the more surprising countries featured include Peru, Thailand, Kenya and Russia.

In addition to detailed information on distilleries and the gins that they make, the book provides one of the most comprehensive and straightforward guides to production techniques, covering topics such as various gin styles, the impact of different types of stills and some of the key botanicals used.

The book includes a substantial section on the USA and Canada (and rightly so) and features over 40 distilleries, with the USA being split into three sections: East Coast, Central and West Coast. The book is also a great way for fans of gin, or those new to the industry, to delve a little deeper into some of the nuances of making gin and how different techniques can impact the final product. 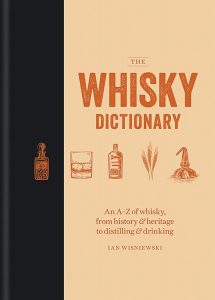 Ian Wisniewski, a distinguished spirits writer based in the UK, published his first book over 20 years ago. He is a connoisseur of all spirits, with a particular focus on vodka and whiskey. This book is a continuation of a series of books, from the same publisher, which includes The Gin Dictionary and The Tequila Dictionary.

The book contains around 170 entries on the subject of whisky and whiskey, from production, raw materials and equipment to history and key industry figures. There is also an extensive section on the appreciation of whiskey and its cocktails; the Highball entry is particularly insightful. The book has an international feel to it, with entries exploring around 20 different whiskey-producing countries, both established ones such as the USA, Scotland and Japan, and the more obscure, such as Iceland, France and even Tasmania.

One of the book’s assets is Wisniewski’s writing style, which is informal but informative, with a smattering of personal anecdotes from the author that are both witty and insightful. His relaxed style is a refreshing change for a book in this genre.

The book is useful for anyone who wants to know more about whiskey or for anyone who wants a reference to dip into to brush up on some of the more technical points. The book is beautifully presented with a hardback of black and beige, complemented by executive copper accents. It would be an attractive book to stock in a tasting room store for visiting whiskey fans. The inside is just as beautiful, with illustrations by Conrad Garner using a suitable color scheme of copper, chocolate browns and burnt orange. Overall, The Whisky Dictionary is an attractive, enlightening and entertaining book. 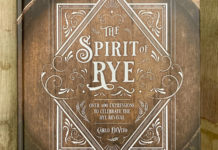