My bottle review column (last month’s edition here) is about what is unique, standout, new or trending in spirits with my review ratings on a 1-5 rating scale. My 11 bottle picks and two RTDs of the month:

Already a lover of Bhakta Armagnac, their special 90% Calvados and 10% Armagnac blend was distilled over 27 years ago, bottled at 45% ABV. What a joy to taste this stunner of delicate apples and gentle spice. It transported me back to the best Calvados bar I’ve ever been to, Bar Calvador in Kyoto, sipping decades old (and beyond) French apple brandy. This apple brandy raises my interest in their ambitious $50M Green Mountain College redevelopment plan, turning the campus into a luxury resort, beverage industry education center and Bhakts headquarters. This project — and line of spectacular brandies — is one to keep an eye on.
Taste Rating: 5 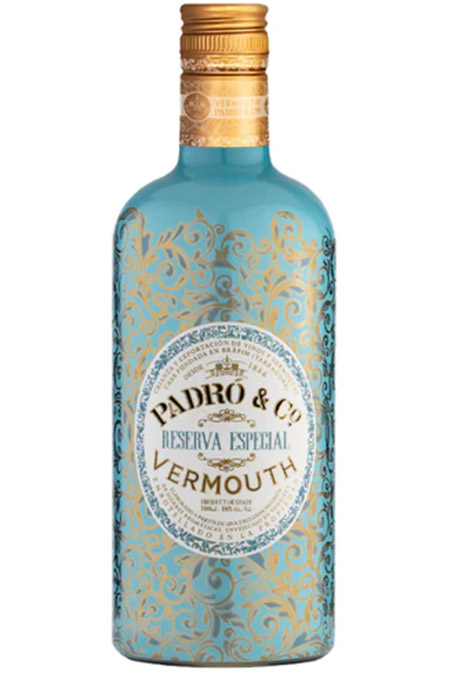 https://vermouthpadro.com/en/vermouth-padro-co-special-reserva
Inspired by Sauternes and the fortified wines (port, sherry) of Spain’s DO Tarragona appellation, Vermouth Padró & Co. Reserva Especial is a robust vermouth with a wine base in the style of Tarragona Clàssic, aged in oak vats for 18 months before bottling, blended with a small amount of older solera wine and Padro & Co.’s herb blend. The vermouth’s sweet, round base gives way to nutty licorice, bold herbaceousness and a balanced bitter. At 18% ABV, it’s lower alcohol but stands strong on its own on the rocks.
Taste Rating: 4.5 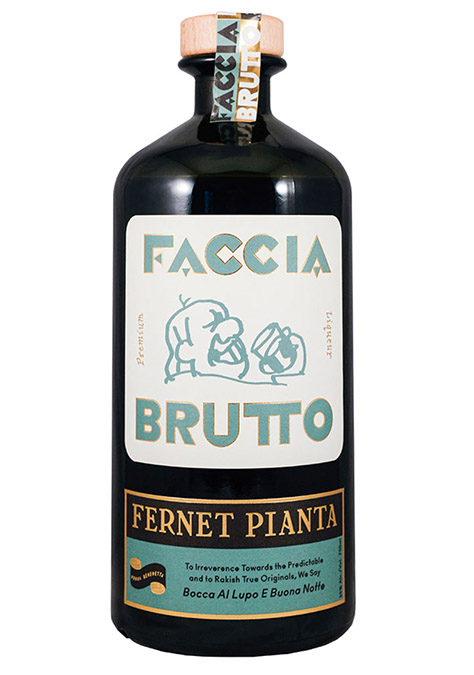 https://facciabruttospirits.com
Fernet Pianta is a tribute to Faccia Brutto Spirits founder Patrick Miller’s grandfather, Peter Pianta, as well as to the line cooks he worked with around the world, including his own Rucola Restaurant in Brooklyn, though he grew up in Los Angeles. Bi-coastal and half-Italian myself, I’m drawn to this entire Italian-forward line of spirits but the fernet alone is one of the great fernets to come along in years. Robust and bracingly bitter, as a great fernet should be, but unfolding with layers of saffron, myrrh, peppermint and gentian root, silky with organic peppermint oil. It’s lovely in cocktails, especially with its reduced sugar and thus manageability in drink recipes. It sings with artisanal root beer (one of my movie night with popcorn favorite combos) or on its own in its intended digestivo purpose, the way Miller’s grandmother would drink it.
Taste Rating: 4.5 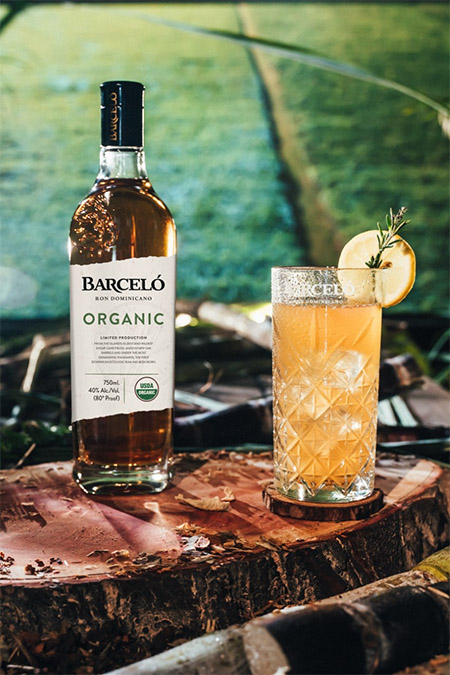 www.ronbarcelo.com
Founded in 1930 by Julian Barceló in Santo Domingo, Dominican Republic, Barceló Rum just launched Barceló Organic distilled from organic sugar cane juice and aged in new American oak barrels. Since 2016, they’ve been using the RB360 Sustainability Code in the production process of all their brands, an important model of sustainability in rum and spirits overall. The taste is clean and subtle, maybe less of what a hogo/funk and agricole lover like myself looks for in rum, but it will please those looking for subtly sweet, more restrained, clean rum. Most importantly is the ground it breaks for organic sugar cane.
Taste Rating: 4

https://newalchemydistilling.com/fleurette
I’ve reviewed New Alchemy Distilling’s delightful aquavit before, distilled in their El Dorado Hills distillery just outside Sacramento. Alongside their more robust Arborist gin, they produce Fleurette Gin and Fleurette Vermillion Gin, both vapor-distilled. Fleurette is 11 botanicals, heavy on the floral (think iris, violet, chamomile, elderflower, lavender), hiding my beloved juniper, but balanced by a citrus sweetness that builds on the finish. Fleurette Vermillion is the same base with hibiscus flowers adding rosy color and berry notes that works well in cocktails including berries and citrus but runs a touch too floral sipped neat. Both will appeal to floral gin lovers.
Taste Rating Fleurette: 4
Taste Rating Vermillion: 3.5

Wonderbird Spirits’ field-to-bottle gin is distilled in Taylor, MS, recently expanding distribution to Georgia, bringing rare Mississippi gin to the equation with clean, bright packaging. Co-owners Chand Harlow, Rob Forster and Thomas Alexander ferment Mississippi Delta rice as the base spirit, yes, recalling and pulling from sake-making but with MS terroir. Featuring ten botanicals, they harvest pine needles and red clover on distillery grounds and won two gold medals at SF World Spirits Competition (where I judge blind each year). I appreciate the ethos behind this gin and its silky texture, while its citrus forward palate hides some herbaceous notes. The finish is a touch hot and the only element keeping it from rating even higher.
Taste Rating: 4 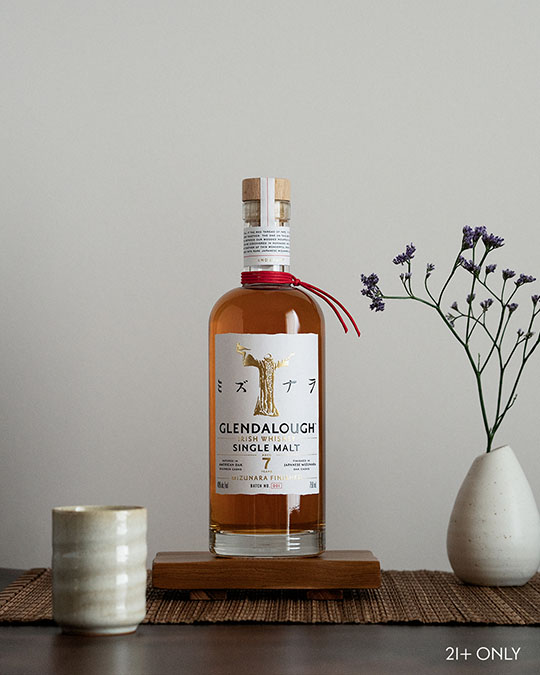 https://us.glendaloughdistillery.com/13-year-malt-mizunara
Glendalough has been crafting Irish whiskey and gin standouts for years. Now as they get some age under their belt, they experiment with Japanese mizunara oak, the first of its kind in Irish whiskey: 7-Year-Old Single Malt Mizunara Finish Irish Whiskey ($99.99). Pricy virgin mizunara oak comes from Japan’s magical, northern island of Hokkaido, the oak amplifying the chocolate and vanillans before it goes fruity, woody and floral, finishing with a light yet long touch of malt. It’s unique and not necessarily for everyone but the more I sit with it, the more I fall for it. It was released February 28 in limited quantities.
Taste Rating: 4.5

God bless Ukraine and the workers behind this vodka, a distillery that has safely resumed production, exporting their vodka as of this April. XDar translates to “gift of grain,” a wheat-based vodka turning 20 this year. When conflict broke out in February, XDar was forced to halt vodka production but continued to pay 4400 employees, some of whom are currently protecting their country in the Ukrainian army. Those remaining are working hard in Ukraine’s Cherkassy region which boasts the nation’s largest supply of mineral and freshwater resources. Since opening in 2005, they produce a range of distilled beverages — pre-invasion, it was over 150 million bottles annually. The vodka is lean and clean, with a light body and subtle profile that easily can get lost in a cocktail but drinks fresh neat.
Taste Rating: 4 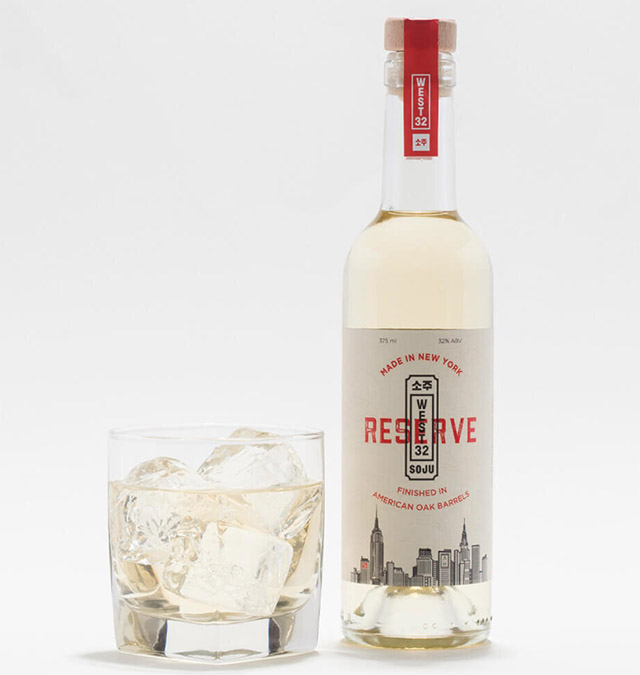 AAPI-owned West 32 Soju is the first US-distilled soju made in New York, offering a regular unaged and a barrel-aged expressions, created by college friends Dan Lee and Max Fine (the name is after a street in NYC’s Koreatown). Going for a higher-quality soju distilled from Catskills water and American-produced corn, it was first released in 2017 with West 32 Reserve out in 2018. The U.S. is now one of the fastest-growing soju markets (growing 15% annually for the past three years) — I see more popping up in my spirits judging — making it notable at this time. While both are subtle and clean, typical for soju, the Reserve holds a little more grain character and texture with a blessedly restrained use of all-natural cane sugar to round it out and give it body.
Taste Rating Soju: 3.5
Taste Rating Barrel-Aged Soju: 4

Standout cocktail syrups and mixers line from husband-wife Max Messier and Lauren Myerscough. While the syrups veer sweet (so a little goes a long way), the use of local produce and real sugars grown by Louisiana farmers shines through. Each syrup tastes natural and vibrant, including their just-reissued fassionola, the historic tiki syrup made for the original Hurricane cocktail. Theirs uses fresh strawberries from Johndales Farm in Ponchatoula, Louisiana, alongside hibiscus flowers and lime. As I experimented at home, the fassionola, ginger honey, honeysuckle peppercorn, spiced demerara, oleo saccharum with citrus, ginger, lemongrass, cardamom and a subtle mint and lemon verbena all made beautiful cocktails, some with flavors as stated, others a bit subtle.
Taste Rating: 4 to 5 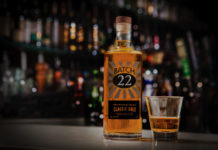 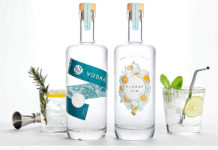 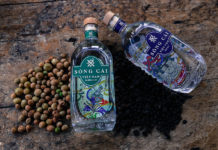