A chilled drink of something hot: To create a paradoxical product use chili heat in a drink designed to be served cold. Careful selection of which chili pepper to use and how to process it can rein in heat and showcase the phenomenal flavor of chilies.

In a cultivation tunnel full of chili plants, Michael, of Sea Spring Seeds, handed me a pale orange chili and told me to eat it. He said it had all the flavor of a chili but was not hot. Even though I watched him eat one I was not convinced, thinking that he was accustomed to chili and what he experienced as warm could be fearsome for me. I raised the chili to my mouth; it smelled freshly fruity in a very perfumed way. I thought the taste would be worth suffering a bit of chili heat. Its flesh was crisp and delicious with only the smallest glimmer of warmth, barely hotter than a bell pepper. While the first thought for most people about chilies is heat, it is worth recognizing that behind that heat is superb flavor. Thanks to processing techniques and the vast array of different varieties of chilies available, we can choose how much heat we want to include along with one of the most enticing flavors around.

In the continually evolving hierarchy of hottest chili pepper in the world, Michael and Joy Michaud of Sea Spring Seeds developed Dorset Naga, which was for some time the reigning champion. It has since been superseded by the Carolina Reaper. Neither of these are varieties of chili to use in beverages. They contain so much capsaicin — the molecule we experience as hot pain — that even using a small amount can create a product with scorching heat. While other plants in the Solanaceae family defend themselves from herbivores with bitter toxic alkaloids, chili plants deter mammals from eating their fruits with capsaicin. To create products with more flavor than heat, it pays to look at milder varieties of chilies, which have been selected by humans for characteristics other than heat — a contrast to the evolutionary arms race between plants and herbivores where hot chili peppers are more successful. There are five originally wild species of chili that have been domesticated: Capsicum frutescens, C. chinense, C. annuum, C. pubescens and C. baccatum. Human enjoyment of chili flavor and heat has led to these wild species being domesticated and crossbred, with near infinite selections being made to create a vast repertoire of chili varieties.

A type of habanero chili called “Apricot” was the one Michael had given me to taste right off the plant. Chili heat is recorded in Scoville Heat Units (SHU). Pleasingly pale orange in color and gentle in heat at 700 SHU, Apricot is an easy chili to add to drinks. Even milder in heat and a little sweet is Trinidad Perfume, another habanero chili without the heat. Banana Pepper chilies are even milder, at about 500 SHU. They are a long way from the heat of the Carolina Reaper, which is 2.2 million SHU, and Dorset Naga at 1.2 million SHU.

Most Padron peppers are about 500 SHU. Eating them one at a time is a little like a game of roulette, as a batch of Padron chilies always contains a few hot ones up to 2,500 SHU. Using Padron peppers in products, you will be working with an average heat of around 700 SHU, as the odds of getting a hot one are about 1 in 10.

Well known and slightly hotter are jalapeno peppers at 2,500–8,000 SHU. In cooking they are mild enough, when the concentration of heat contained in their seeds and inner membrane is removed, to be served whole. While they have the advantages of easy sourcing, mild heat and high name recognition, their aroma does not reach the perfumed complexity that habanero chili varieties possess.

There are chili peppers that have regional origins and cultural associations within communities in the US. Although the ratio of flavor to heat is skewed toward heat, they can be used judiciously in small amounts so that their presence is felt in the end product but not excessive.

Chiltepin peppers are a wild subspecies (Capsicum annuum var. glabriusculum) that grows in the southern US. Pea-sized but powerfully hot, they range through 50,000–100,000 SHU. Although not much is needed to make its presence felt in a drink, supplies of chiltepin may become increasingly unstable. Due to the increase in extreme weather events in southern states and Mexico, which affects chiltepin during their growing season, these wild plants are not producing reliable crops.

First recorded in print in 1901, fish pepper was certainly here earlier. It is part of African-American cultural heritage as a food plant brought to the US and nurtured over generations. Named for its use in hot sauce served with seafood, it does not in itself taste of fish. At 5,000–30,000 SHU, these chilies offer a range of heat, which is clearly indicated by visual cues. As chilies ripen, capsaicin accumulates. While ripening, fish peppers progress from white through green, orange and red. With four clearly different stages of ripeness, electing to use them at a specific level of heat is more nuanced than with chilies that only progress from unripe to ripe without any visible intermediary stages.

Tabasco chilies are a well-known variety, although in this case because Tabasco Pepper Sauce has made them a kitchen and bar staple. Originating in Mexico, Tabasco chilies are associated with Louisiana, where Tabasco sauce is made, even though crops grown for Tabasco sauce production are distributed around the world. Cultivation away from Tabasco’s base on Avery Island and even outside of Louisiana is a necessity, since rising water levels in Louisiana are swamping land that used to be suitable for farming. Tabasco chilies don’t taste exactly like the sauce. Fermentation of the chilies and use of Avery Island salt also contribute to building the flavor of Tabasco sauce. At 30,000–50,000 SHU, these are hot chilies and best used in small amounts.

Tabasco Pepper Sauce is often used to spice up a Bloody Mary. Using chili flavor and heat without the vinegary undertones present in fermented sauce increases the range of combinations in which chili works well. Peach is transformed from sickly to complex, with chili heat acting as a foil for its sweetness. Lime zest makes a robust partner for chili, well able to compete with hot elements, and its perfume tones enhances those present in mild habanero-type chilies. Just as smoky whiskeys make use of barley dried with peat smoke, a touch of smoke-dried chili like chipotle can add depth to spirit and liqueur blends. Another pairing of flavor that is not necessarily sweet is cacao and chili. Earthy notes of chocolate are kept lively and well away from cloying by chili’s heat.

If you are adding chilies as an infusion or as a concentrated extract after distillation, also make use of the natural color they can offer. Chilies come in every color except blue. From white, unripe fish pepper, through yellow peppers, to more familiar green and red peppers, chili color extends into pink, purple and near black. Cheiro roxa are pink when immature, purple and about 60,000 SHU when ripe. Fairy lights are dainty, small and rather hot at 47,000 SHU, and immature fruits start purple and ripen to red. Vampire chilies, moderately hot at 14,000 SHU, are red when ripe but when unripe they are black.

Most of the flavor of a chili resides in the flesh of the fruit, while most capsaicin heat is contained within its seeds and the pale membrane the seeds are attached to. By cutting fresh chilies open and removing seeds and membrane, the ratio of flavor to heat can be altered. Make sure that people processing chilies aren’t left with hands that pass heat to anything they touch. Standard food preparation gloves are suitable for milder chilies, but handling hotter chilies is best done with double-strength, thicker gloves. It can also be helpful to wear an apron and goggles to keep stray chili juice and seeds away from eyes and getting stuck on clothes.

Dried chilies contain heat but a lot of their flavor is lost in the drying process, except in the case of smoke-dried chilies, where smoke becomes an added flavor. For this reason, in most cases chilies are best used fresh, or stored for out-of-season use by freezing them.

Conditions in which chilies grow influence their heat. Low-water stress causes chili plants to respond by increasing the levels of capsaicin in their fruits. In conditions of abundance, where plants have plenty of water and fertilizer, yields are higher in terms of weight of harvest, but chili peppers are less hot with capsaicin than when grown under more stressful conditions. Although they require heat for seed germination and grow in hot conditions, drought can reduce and destroy chili crops. Likewise the increasing number of unusual weather events like summer floods and hurricanes in chili-growing regions can have an impact on supply. Some growers combat hot growing conditions by planting chilies in shade. Being able to attend to crops quickly after extreme weather events can help to reduce damage to yield. In order to have consistent chilies to work with, it helps to develop a long-term relationship with a grower or to grow your own.

With so much diversity in terms of heat, color and provenance attached to different types of chili, a key factor in choosing chilies as an ingredient is taking time to consider which ones to use. 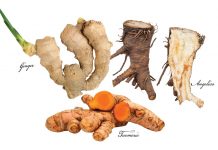 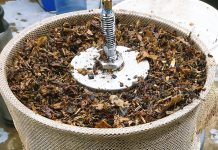 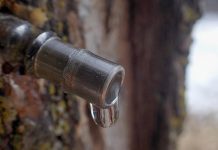