Archie Rose Distilling Co. is set amidst factories and urban renewal projects in Sydney, Australia. The distillery focuses on customer experience, passion for design and collaboration, and esteem for craft spirits. Founder Will Edwards is excited about his latest gin release and the collaborative ethos that drives product development, making this one of the country’s most dynamic craft distilleries.

Edwards is a driven young man who left a job as a management consultant with one of the world’s largest professional services firms in 2013 to create Archie Rose, the first distillery in Sydney since the mid-1800s.

Getting in at the beginning of the Australian craft-distilling boom, Edwards built a strong brand and reputation for fine spirits. In 2017, Archie Rose released the X Horisumi collaboration, a series of four rare gins, each paying homage to Japan’s distinctive seasons. The alliance gave the distillery an opportunity to throw convention on its head and distill a gin that took its cues from the label design.

Horisumi (or as he is also known, Kian Forreal) is a Japanese-trained tattooist who has a taste for craft spirits. Horisumi met Edwards and the distillery team a few years ago through Sydney whiskey clubs. They desired to work together on a project but couldn’t pin down precisely what it would be. After sharing a few gins, they acknowledged a mutual reverence for nature and handcrafted things. Horisumi pitched the idea of creating four unique illustrations based on the importance of the seasons in Japanese culture, letting the illustrations set the tone for the gin.

In this way, the Archie Rose X Horisumi series challenged the typical product development process. Horisumi’s artwork, its symbolism and the Japanese seasons lead  the creation of the spirit instead of the botanicals and production process.

Edwards explained the process the team went through to come up with the X Horisumi Winter Gin.

“The label design for Horisumi – Winter captures the essence of this Japanese season with a falcon perched on a pine tree branch and Mount Fuji as the backdrop. As such, the gin’s flavor profile gives a nod to its Japanese namesake whilst showcasing locally grown ingredients, including Tasmanian kombu, Fuji apples, sencha and genmaicha,” said Edwards.

Before arriving on a recipe, they experimented with 30 to 35 botanicals on a small desktop still, playing around with a wide range of ingredients that included several varieties of seaweed. They tried nori, wakame and different types of kombu before settling on a Tasmanian-harvested and cured kombu.

“Maritime produce is at its best during winter, and the Japanese understand the importance of this seasonal bounty well,” said Edwards. “We were keen to bring some of that marine influence into the gin, and kombu offered a salinity which balances the sweetness of the Fuji apples. This juxtaposition of salt and sweet is an important element of Japanese cuisine, and one we have drawn from to enhance both flavors simultaneously.”

The reverse engineering and the influence of the art has created a highly sought-after product: The first release, Archie Rose X Horisumi – Autumn, sold out immediately.

The Horisumi design is only one part of Archie Rose’s brand story. Edwards proclaims he doesn’t believe in doing things, as he says, “half-arsed.” The results have collected a myriad of awards, not only for the spirits but also labels and packaging, including the Best of Class for Packaging Brand Identity at ADI’s 2017 Judging of Craft Spirits.

Designing each label is taken as seriously as the production of the spirit it represents. Edwards recognizes that a good drink isn’t just the quality of the spirit, mixer, glassware, ice and skill of the bartender alone, but relies also on the setting. The classic package design was created with bartenders in mind. “The naming, logo, glassware at the bar and the bar itself. All of that contributes to your spirits experience,” Edwards said.

In brand development, Edwards met with many designers, from the very large to the small, and eventually chose the Italian brothers behind Squad Ink. “They were very passionate to get on board,” said Edwards, “and they just got what we were trying to do.”

Edwards continued, that without the additional investment in branding, he would disrespect the time spent on production of not only his gins but also his whiskeys. To avoid design clichés and trends, Edwards sought to capture both the industrial nature of the process and the suburb the distillery was located in while at the same time creating something timeless, given the long-term nature of whiskey production. The result is a product that is true to spirit, has customer appeal and creates a memorable experience.

Though he may have left the corporate consulting world behind, Edwards values collaboration and its importance to success and has brought a cross-team work ethic to Archie Rose. The result is a distillery that he says has led to collaborations creating spirits that are both unconventional and exciting to work on. The list of organizations the distillery has worked with includes restaurants, chefs, bars, craft breweries and cultural associations like the Australian Museum, Museum of Contemporary Art, the Sydney Writers’ Festival and the Open Air Cinema.

“The cultural institutions really push you, but the end results are usually fascinating projects relevant to all parties,” says Edwards. In 2016, Archie Rose and the Australian Museum announced their partnership to mark the museum’s 190th year. Edwards explained that the museum was particularly exciting because of the sheer volume of resources, artifacts and botanicals to draw inspiration from.

On a day-to-day level at Archie Rose, the stills and bar stand side by side so that bartenders and the distillers can work together. The results are bartenders who have detailed knowledge of the spirit and how it’s made, and distillers who understand how the spirit stands up at the bar and also experience the customer reaction and feedback.

This closeness helps set them apart from other distillers, as bartenders become involved in refinement of the spirits before they hit the market. “We distill each botanical individually. We get it up to a point, then bring in bar staff for further tasting, compare it against other gins in the market, play around with it in drinks to see how it holds up in cocktails. We then make adjustments based on how it works at the bar,” he said. “Once everyone feels it’s where it needs to be, we release it.” Edwards said.

This internal collaboration heightens the customer experience, as people visiting the distillery want to see how and where the spirits are made and leave with an appreciation of the ingredients, process and end product. Edwards believes the trend toward locally-produced food and desire to understand the stories behind brands is being seen all across Australia’s food, beer and wine scene, so the tours and tastings at the distillery, giving an up close and behind the scenes look, are important aspects of the Archie Rose experience.

Archie Rose also launched an online offer for people to make their own custom gin, vodka and whiskey using the distillery’s extensive library of botanicals, complete with a personalized bottle delivered to the client’s door. In launching Tailored Spirits, Edwards said the real challenge for Archie Rose was to allow people to play around with the distillates to create their own completely unique spirit without creating something unpleasant or too extreme.

“Some of the orders we see are really out there, and we occasionally think, ‘Do they really want that?’” Edwards said. But almost always, the customer loves the result and the distillery is surprised by the breadth of what people are willing to explore.

The distillery restrains this by apportioning each botanical based on its intensity to moderate the breadth of the flavor. This, Edwards said, gives customers the confidence needed to be as adventurous and creative as they like.

Edwards said he has heard of other distillers offering similar products but nothing down to a single-bottle scale across vodka and gin or a 20-L cask of whiskey. While this is more labor-intensive for the distillery, it gives insight into how people interact with the spirits and what flavors they desire.

“Extremely unusual compared to the typical one- or two-malt mash bills found in the vast majority of single malt whiskeys. In selecting these six speciality malts, some of which yield five times less spirit than common distiller’s malts, we have intentionally sacrificed efficiency in search of flavor,” Edwards said.

Keep an eye out for the launch on www.archierose.com.au. 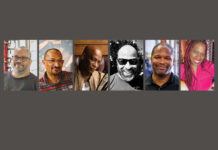 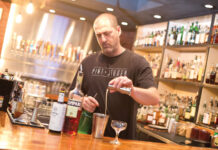