Sustainability. Where does a distillery get started? Sure, you could take a look around and make a quick list of simple things. You could switch to a green energy provider and bingo, there’s a box ticked. But what difference does this actually make? How do you know? Quantification of a distillery’s carbon footprint and each process is a necessity. We are starting to take this into account, and it’s about time, because surely you need to know what difference processes make in order to know if they are worth the time and money. How does a distillery become carbon-neutral? Or even better, carbon-negative? Quantification is the spotlight that illuminates where we fall short, and what paths are open to us.

Two Drifters, a rum distillery was one of the first in the UK to go Carbon Negative. And, very recently, Abbie Neilson and Chris Jaume of Cooper King Distillery in the UK, announced they had also gone Carbon Negative. Each distillery that does this shows that it is possible. As Chris has said, people think it’s going to be more outlay, and it can be, initially, but in the long run, it can actually save your distillery a lot of money because your processes become a lot more efficient. And, the more people that see this possibility, the more people will take this important step.

The first move is to calculate the carbon footprint. There are companies that do this for you, for a fee. But as Chris explains, you can take a more hands on approach on getting that information yourself. Audit the weights or amounts of everything you’re using (waste, bottles, botanicals etc). There is online guidance for the carbon footprint of everything, from per litre of waste water to per hour of heating your still. It is just a case of multiplying your figures by those figures to get an approximate total. Chris found that by doing this, large footprints and unnecessary expenditure on their NGS and bottles were uncovered. The bottles were surprising, as they had already gone for a stock design, slim glass design thinking it would be a good option, and yet it still contributed to a huge amount of carbon per year.

Transporting anything adds a considerable amount to the carbon footprint. Using 100% recycled glass looks great on the label, but if you have to ship that in, contracting a local company who uses 50% recycled glass could be better in the long run. There has been an increase in adoption of closed loop systems. Chris explained that they have set one up in Yorkshire, with companies working together to provide all aspects of production within a short distance, including a new supplier of NGS, just on their doorstep. This has dramatically reduced their figures. And, also helps boost the local economy so it’s a win win. Who you work with matters. It’s not just about refining on your own processes, but only working with companies that share these values. This will become increasingly easy as more people get on board.

Being ‘Carbon Neutral’ is one of many accreditations out there, and looking at these is a good way to improve practices, as you get guidance and support to achieve the criteria. Having this is extremely helpful when you’re upgrading a distillery as opposed to building a new one that can take advantage of technology and the like from the get go. Montanya Distillery, based in Colorado, holds both the Certified B Corp Status, which requires methodical and dedicated documenting and measuring environmental and socially-responsible practices and impacts, and the Best For World Company status too. Founder Karen Hoskins explains that, “Quantifying impacts and seeking third party verification don’t always get the most attention, but they can be the most impactful processes and extremely gratifying. They help us see what we’re doing well, how we measure up compared to other companies, and where we can improve. Montanya was recently named a Best for The World company, which means we’re in the top 5% of companies our size when it comes to environmental sustainability. It’s a big honor, and yet comes as we start the recertification process for B Corp, which is already helping us identify new areas to make strides. The process itself keeps us accountable and inspired.”

As well as the ‘leave no stone unturned’ approach, there are also incredible processes being developed. Ulrich Dyer of Woodlab Distillery in Northern Ireland is a fantastic example. Taking his previous pharmaceutical experience and applying it to distillation, he makes his gin and rum with hydrodistillation as a first step, with the liquid then honed by rotovap. Hydrodistillation is a marvel and has been used in other applications for many years. “Used to extract the precious essence of the botanicals prior to distillation.” explains Ulrich, “we use microwaves, a very efficient source of energy, to excite the water molecules naturally present in botanicals causing them to break open the cells and release all the flavours and aromas.”

The oils are then put through the roto vap and diluted with NGS and blended to create the finished liquid. This process completely eliminates the need to add water to a still and heat it for a long period of time. And he only needs a tiny space to do it. So, with  more space efficiency, and less overheads, Ulrich can extract enough oil to make 1000L of spirit in just 2 minutes. This means his distillation is running at an incredible 2% energy usage of a traditional distillation, a mindblowing figure considering that according to figures provided by UK Govt BEIS 2O21 Green distilleries program, the UK would have to grow 10 million trees a year to absorb the CO2 produced by the industry in total. Some crude math for demonstrative purposes would suggest if everyone were operating at this efficiency the figure would be reduced from 10 million to just 200,000.

Another innovation is using gas-chromatography to source botanicals closer to Woodlab, reducing the need to ship from overseas. For example, with Symphona Irish Apple Rum, Ulrich found a plant in his own garden that contained the same compounds as nutmeg and clove. Using his process, he was able to isolate these compounds in the botanical oils. Despite the 100 herbs and spices Ulrich has studied for molecular construction, there are many botanicals that need investigating, with enormous potential to source more locally, which is a strong selling point to recipes as well as dramatically reducing the carbon emissions of transport.

And finally, some modern day alchemy. Air Company are making magic in New York by producing vodka out of carbon dioxide and water. Yes, you heard me right. Air Company’s patented technology transforms carbon dioxide captured from the air, or byproduct diversion, into consumer goods, claiming that the only inputs are air, water and sun and the only byproduct is oxygen. This process removes one and a half kilograms of carbon dioxide from the atmosphere per kilogram of alcohol produced, and the sustainable ethic extends to their packaging, with biodegradable labels using vegetable ink.

Launching Air Vodka as their first product acted as a proof of concept that their carbon-negative technology can produce pure, consumer grade ethanol. And, the vodka is just one of many in a line of sustainable products. They have already launched other products, and have others on the horizon including a carbon-negative fuel, though let’s stay focused on the vodka.

Before co-founding Air Company, CTO Dr. Stafford Sheehan had a scientific career in electrochemical energy conservation. This served as the foundation for Air Company’s technology. Co-founder Gregory began his career in the spirits industry at Diageo, and between the two of them, they have set up an incredible company, guided by their philosophy of ‘making the almost impossible, possible’. Air Company have scientific backing too. Their research and development and lifestyle analysis has been discussed in a peer reviewed paper, edited and reviews by industry experts Prof Phil Renforth and Prof. Volker Sick, who is Director of the Global CO2 Initiative.

The creativity and innovation of the distillation industry has always held an allure for me. Exploration, innovation, invention, this is where the magic happens. In an industry governed by the romance with traditional distillation, it’s good to see people taking fresh innovation to the production process, with a mind to make a big difference alongside a great spirit. That said, traditional distillation is the beating heart of our vibrant industry. It’s good to know that with quantification, processes can be streamlined to make them better for the environment, and the budget. Every step we make shines a light to reveal a path that others can follow. When we look forward, the impossible becomes possible. 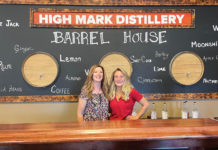 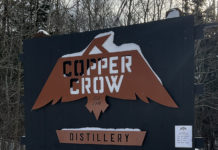 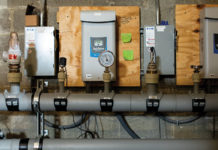 How to Create a Carbon Neutral Distillery