One of the top headlines of Summer 2021 has been the chronic understaffing of hospitality work environments. Distilleries are intimately acquainted because their affiliated tasting rooms, bars, restaurants, and events have been affected. Just like traditional bars and restaurants, distilleries have been affected by shut-downs and capacity reductions. Yet as reopening commenced, most tasting rooms opened to a radically altered environment, different from anything most owners have experienced in the last decade.

The causes are much more complex than the headlines capture. On the surface, this might appear to be a problem of potential workers relaxing with their unemployment check and deciding not to return to these jobs. However, the unemployment rate in hospitality is only 13%, most of which is accounted for by the 110,000 bars and restaurants that closed and never reopened in 2020 and early 2021. Enhanced Unemployment benefits, PPP funding and EIDL loans have long dried up and jobs are open for the taking. So what is the real story?

There is not likely one single cause but as maybe as many as ten, layered and interwoven.

625,000 people have died of COVID in the USA (at this writing). 28% of those were of typical working age, which meant that the US had 175,000 jobs vacated by deceased workers between 18 and 65. Those vacated jobs caused an upward pull of employees awaiting promotion. This continued downward to the entry level, making more jobs available to those wishing to start or change careers.

It is estimated that 800,000 undocumented hospitality workers lost their jobs during COVID. These employees had no safety net from Unemployment or Payroll Protection. They exited the industry for other work and have been hesitant to return as a third wave of Covid looms. Many went “home” to countries of origin in an environment of immigration challenges. Lawful permanent residents of the US, if they went to their country of origin for more than a year, have had difficulty reentering the US.

The collective savings of Americans nearly quadrupled during lockdowns (from $1.2 trillion to $4.1 trillion). Hospitality jobs are often most easy to obtain with minimal training and experience, thereby attractive to those with less financial stability. Yet Americans emerged from the pandemic in a better financial position, with more “wealth ammunition”, than ever before. Reductions in travel, restaurant meals, weddings and concerts over sixteen months allowed many to save and experience a level of stability that allowed them to consider taking risks. New start-up businesses expanded by 24% in a single year.

In 2021, the US economy will expand at the fastest rate since 1983. Economic expansion inevitably leads to supply chain challenges and short staffing as unemployment drops and new professional jobs are created.

Workers can now log into high paying jobs from almost anywhere, leading to urban exodus and less connection between geography and work. Many hospitality jobs relied upon people being “stuck” and ineligible for jobs they were qualified for because they couldn’t afford to relocate to take them.

The two professions that workers are leaving most frequently in the US are front line hospitality and medical care. This is believed to be because these employees felt disproportionately placed at risk by their work during Covid. There is a growing trend in the workplace toward demanding safety and more supportive work environments.

Women account for 53% of hospitality workers. They were also disproportionately affected by job losses during Covid due to childcare and home schooling. With almost no assurance that schools and daycares will stay open as the Delta variant spikes, women are hesitating to return to work at the same levels as pre-pandemic.

The hospitality industry experienced a traumatic roller coaster effect. In southern California, restaurant and bar workers were laid off, rehired, laid off again, rehired again, and brought back to half capacity or only to places with outdoor seating. Even today they have no assurances of long-term work.

Covid has caused an utter rethinking of what it means to work. Much like after WWII in Europe, Americans are collectively demanding higher wages and better benefits. In Europe after WWII, collective groups advocated for the work environment EU residents pride themselves on today: more vacation time, work fewer hours per week, longer lunch breaks, better pay and employer support in disconnecting from email when not actively at work than US workers expect.

When change accelerates, as it has in the last year and a half on every front, there is more tolerance for risk, more willingness to make radical decisions, and more likelihood of having external forces to blame if best laid plans go awry. So the last 16 months have been a time for hospitality workers to believe their big career changes will not come as a surprise to family members and friends, and there has been a more reliable safety net over which to jump.

Yet none of the realities on this list may actually unearth the true existential core of our understaffing crisis. Hospitality workers handle environments that stagger any normal person – long shifts, overtime, fast paced environments that are physically taxing, seasonal fluctuations of hours, and the least benefits offered in any profession other than agriculture.

What if these workers have just decided they have had enough? What if they worry about climate change and environmental degradation? What if they are no longer sure that they will inherit a habitable world? What if they suspect that Covid is just the first in a long line of pandemics to come, as humans overrun the animal kingdom?

Young people today are living with a level of uncertainty about the future world they will inherit to which their parents cannot relate. Any one of these realities alone would be enough to send an employee fleeing for a desk job and a therapist’s couch, but stack up two, three or four of these on top of a single worker’s shoulders and their legs are kicked out from under them.

The light at the end of this tunnel is a reality nobody really wants — an economic trough where jobs disappear and savings are depleted. So maybe the better solution is technology. Direct-to-consumer apps that replace state liquor stores. Vending machines that serve tastes of spirits and cocktails, alongside steaming hot slices of artisan pizza. iPads that take the place of servers, like in the Newark airport. An automat that delivers your ready-to-drink cocktail on a conveyor belt. It is almost a post-apocalyptic notion, but there was a time that getting a can of soda from a vending machine seemed space age. Humans are capable of adapting to enormous change. And the technology we invent may save us from ourselves. 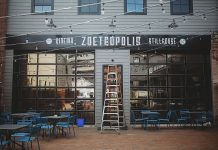 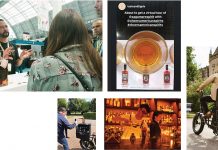