American distillers are bracing for an uncertain future as the expiration of the Craft Beverage Modernization and Tax Reform Act (CBMTRA) fast approaches. Unless the US congress grants another one-year extension, as they did at the end of 2019, the law will expire on December 31, immediately increasing the Federal Excise Tax (FET) rate distillers have to pay by 400%.

On December 1st of this year, the Distilled Spirits Council of the US (DISCUS) will host the LAST CALL Day of Action in a final effort to persuade congress to pass an extension of the FET reduction. The Day of Action is aimed at organizing craft distillers to engage directly with their customers about the importance of the FET extension, and to encourage consumers to join with the distilling industry in communicating the importance of this issue directly with congressional representatives, and to urge them to act.

“We know this is an incredibly anxious time for craft distillers as the expiration date for CBMTRA draws near,” said DISCUS President & CEO Chris Swonger. “DISCUS is working every avenue possible to urge Congress to stop craft tax increases. We are urging everyone in the hospitality sector to join us in sending a loud and clear message to legislators on December 1st that this bill needs to be passed immediately.”

The CBMTRA, originally passed into law in late 2017, was intended only as a two-year break from the exorbitant tax rates that had long burdened spirits producers compared to the wine and beer industries. It was a huge and long-sought win for craft distillers, reducing the FET from $13.50 to $2.70 per proof gallon. Despite the obvious economic advantages to small businesses however, the tax break was set to expire at the end of 2019. Congress ultimately stepped in and granted a one-year extension at the last minute.

By early 2020, the excise tax break had resulted in a marked increase in the number of distilling industry jobs, ushering in a period of industry-wide expansion and growth. But now, as the end of 2020 approaches, that one-year extension is about to end, and the tax break is again set to expire.

Extending this law, with the ultimate goal of making the FET reductions permanent, is critical to the survival of the craft spirits industry. This year, businesses of every sector have faced unprecedented economic hardship due to the global pandemic, and small businesses have been among the hardest hit. Raising taxes on craft distillers by 400%, even as pandemic shutdowns continue and the distilling industry struggles to survive, could be a deathblow for many.

Visit the DISCUS website to learn more about the LAST CALL Day of Action and add your voice of support on December 1st. 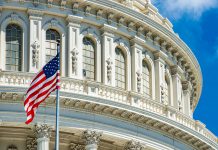 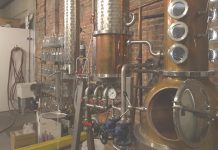