Café No Sé is a dim, candle-lit cavern of bottles and portraits lost in the timeworn maze of Guatemala’s capital. Finding its door along the city’s old colonial grandeur means stepping into another time. It has crimson curtains draping aged passageways. A carved chute in the wall leads to another flame-flickering den, as well as the bar’s independent bookstore. It’s relaxed. Modern manias don’t intrude here. It is a chasm for drinking culture so rare that it captivates poets, troubadours and travelers from around the world.

It’s also a place where galloping guitars and the searing vocals of songstresses like Lau Noah and Gaby Moreno echo out onto the sun-cracked haciendas. The performances here often lasts until early morning. Given their importance to Café No Sé’s heartbeat, it’s not surprising that the makeshift cocktail born between its doors and a sunrise diner across the street is called the Musician’s Breakfast – a shot of mezcal, a beer, a cigarette and an Aspirin. And ever since the café inspired its own brand of distilled agave mystery, the shot that’s mainly used for the Musician’s Breakfast is Ilegal Mezcal.

Embracing the café’s causal nightlife and early-air comedowns is an experience adventurous spirit-lovers would generally love. But, for those can’t go to the Spanish church spires of Antigua, don’t worry, because Ilegal Mezcal is bringing the café’s pulse to cocktail fans across the U.S.

It’s doing this through a series of rolling pop-up events, ambient evenings that include a curated drink menu, a mobile tattoo artist and a touring rock band that’s hand-picked for the occasion. And, of course, these are moments when mezcal never stops flowing. It’s a form of live-action marketing that looks to create brand awareness through a full-throttle but authentic kind of immersion.

Many who have been to Café No Sé consider it an outpost for Oaxaca, Mexico, though one that happens to be situation in southern Guatemala. The fact that Oaxaca is the world’s capital for mezcal production is vital to the thematic connection. Ilegal’s founder, John Rexer, spent years smuggling small-batch mezcal from Oaxaca into the next nation south, all so it could be at the center of Café No Sé’s tiny universe. That eventually led Rexer to begin bottling Ilegal. Now that the brand is celebrating 10 years of being sold in the U.S., Ilegal’s team is introducing it to more American patrons by bringing them the sights and senses to Café No Sé. At least, for one special night.

“We’re trying to recreate a lot of the elements of Café No Sé inside here,” said Gilbert Marquez, tipping his wide-brimmed fedora under the ruby lights of the Shady Lady Saloon in Sacramento, Ca. On paper, Marquez is Ilegal Mezcal’s global brand ambassador. Following him around for a night, one gets the sense a better description would be cocktail connoisseur and socialite who exudes the most stylish aspects of stripped-down cantina culture from Oaxaca to Antigua.

“We want to be the embodiment of the café outside of Guatemala,” Marquez stressed. “It’s about the sense of community. Mezcal is a communal spirit. Mezcal is a spirit that, often times, is shared between friends over a conversation. It really opens up dialog, I believe, and it just makes you more open to the night.”

This spring, over the course of several sundowns, Marquez’s crew brought Bar Ilegal into the antique Victorian elegance of The Washington Irving Inn in Hunter, New York; the urban-industrial dimensions of Central Machine Works in Austin, Texas; and the artistically speckled agave temple known as Las Perlas in West Hollywood. The night that Distiller magazine caught up with Marquez at The Shady Lady — a chic, scarlet-walled homage to bordellos from the 1920s — his team was prepping for another round of mezcal moments in Portland, Oregon, Seattle, Washington and Denver, Colorado.

The cocktail menu that Bar Ilegal brings to these unusual watering holes stresses simplicity. Marquez says that the culture of Café No Sé is about mezcal being “an esoteric spirit,” which means the cocktails need to showcase all of its nuanced glory. One of them, of course, is The Musician’s Breakfast, minus the indoor cigarettes. Another is the Los Finales, a combination of mezcal joven, lime, maraschino liqueur, genepy and black pepper. Add to that list the most popular mezcal drink in the world, the mezcal margarita, known in some quarters as “the mezcalita.”

But of all the options from the touring bar, what Marquez recommends for a first introduction to Ilegal is the Oaxaca Soda. It’s a straightforward mingling of mezcal joven, soda and an orange slice. The cocktail highlights IIegal’s attributes, conjuring those sensational cinder notes smoldering over the crisp, popping body of the drink – its easing effect brightened by the whispers of a light citrus finish.

During Bar Ilegal’s events, drinkers have focused on the Oaxaca Soda while they listen to roving DJs and a performance by the New York City-based rock band, SUSU. The group is a rhythmic powerhouse led by singer-songwriters Liza Colby and Kia Warren. When it took the stage at The Shady Lady, SUSU proved just how much bluesy dynamism it brings with a blistering singe, all heated by the duo’s incredible presence and vocal force.

“We’re two Black women fronting rock and roll, and we’re best friends,” Colby noted of what surprises crowds. “Ilegal has really put their money where their mouth is, in terms of supporting the arts and up-and-coming artists. And they’re one of the only brands that are doing that right now. They’re allowing artists to be artists, and not just ‘content creators.’”

Warren agrees. “I think they have an intentionality to what they’re doing, and a cultural awareness that’s organic to who they are as people,” she said. “It doesn’t feel like, ‘this is the hip, trendy thing to diversify our brand.’ It’s a hundred-percent genuine. And that’s one of the first things that attracted us to one another.”

She added of her best friend, “And we’ve been on the mezcal train for a long time.”  • 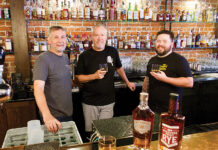 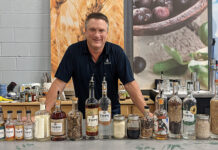 The View from the Top of the Hill 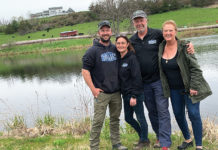