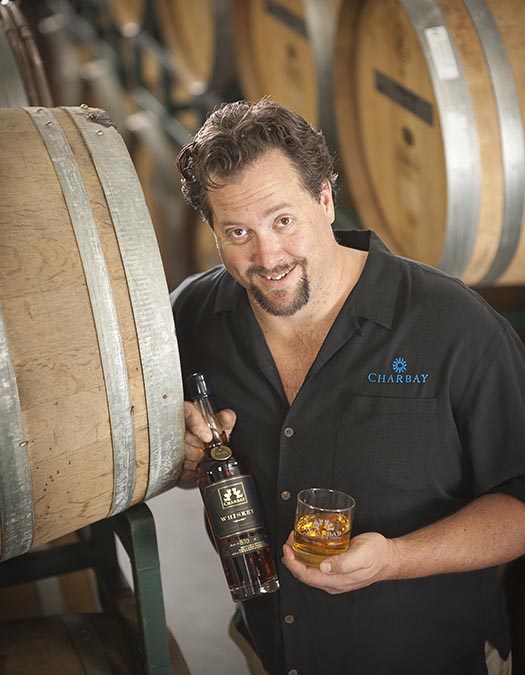 When I think of Wine Country spirits, I think Charbay and the Karakasevic family. Certainly, they are distilling leaders, launching in 1983 around the same time as fellow NorCal/Bay Area pioneers St. George Spirits and Germain-Robin.

In a region that led “craft” distilling before there was craft distilling in America, Charbay is both winery and distillery, now separated out in two locations: their original Spring Mountain Napa winery, where Charbay founders Miles and Susan Karakasevic produce wines, port and dessert wine, and their Ukiah distillery, where son Marko Karakasevic distills vodka, whiskey, rum, brandy and other special releases, from pastis to pachanga (a sunflower spirit).

Running the distillery with his wife, Jenni, Marko is the 13th generation in a long line of family distillers that traces back to Eastern Europe. Milorad (Miles) comes from over 250 years of family winemaking and distilling in the former Yugoslavia. He came to North America at the young age of 21. In 2010, he became the United States’ first Grand Master Distiller, a title only granted to one who has distilled all four of the major spirits categories: brandy, whiskey, rum and tequila, a rare accomplishment given tequila’s requirement to be distilled in Mexico.

Marko grew up on a traditional European apprenticeship, training for 26 years with his father, while taking the family brand further with popular Charbay Vodka (sourcing locally grown citrus) and whiskeys, from his popular Bear Republic beer-distilled hopped whiskeys to his coveted, hard-to-get Release 1 through 5 whiskeys.

This venerable distilling and winemaking family is the epitome of craft: sourcing local ingredients, heavy on both Old World tradition and New World innovation. Here, Marko shares key needs for the industry to survive and what he sees as the core and future of craft distilling.

Briefly, what led you to distilling and spirits?

I was born into a distilling and winemaking family. You have to know how to ferment in order to distill. In Europe, for generations my family mostly fermented and distilled grapes as well as various stone fruits. I grew up in Northern California around wineries my dad worked in. Then my parents started Charbay Winery and Distillery [in 1983].

What spirits do you consider your flagships and why are you distilling those particular spirits?

I love distilling brandy. And rum. And whiskey. And I will distill tequila again when I get the chance [over the years, Marko has distilled tequila with Jalisco tequila legend Carlos Camarena]. I’d say my flagship spirits are brandy and whiskey. The amazing grapes grown here make amazing eau de vie and brandy. The whiskey I make needs talented brewmasters. We have very talented brewmasters to work with to develop the best “distiller’s beer” possible to make the most flavorful whiskey in both an eau de vie style and barrel aged [distilled from Bear Republic Brewing Company beers, whose brewery neighbors the Ukiah distillery].

Tell us about your distilling process — what is unique or specific to what you do?

I double distill. Focus on the body in the first run, then the flavor in the second distillation.

How are you affected by and surviving the pandemic? What do you see as your biggest needs going forward?

This has been the worst year in so many ways. My crystal ball vision did not see our world being hit so hard so many different ways. I’d like to be able to sell retail direct, deliver to your door, to make RTDs without having to get TTB formula approvals and a COLA per label, like on- and off-premise accounts in California.

Being able to do so would:

How does living in NorCal Wine Country determine the style/focus of your spirits and business?

Living in Wine Country allows me to focus on making the best product I can possibly make. I want our spirits to stand out, be different and be remembered as a fantastic experience.

As someone who grew up in craft spirits, how do you envision the world of small-batch spirits evolving in the coming years?

I want to take care of my family, my friends in the business, our new customers and our customers who have been supportive of us since 1983. I love seeing the bottle shots of Charbay in people’s lives from around the world. With your favorite spirits in hands, yes, double-fisting is totally fine for this. Here’s to all of us getting through these unprecedented times. 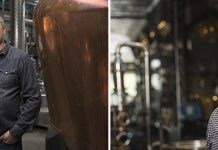 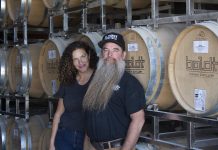 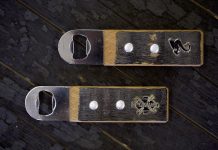