How can a single fruit provide three contrasting flavors, extractable separately or in combination? Easily enough when it is a citrus fruit, and those flavors are held in discrete, divisible layers.

Lemons descend from a noble, versatile family of fruits. Its peel characterizes limoncello, its pith adds to the bitterness of a bitter lemon cocktail, and its juice endows a whiskey sour with acidity.

And yet generally speaking these fruits are constructed rather simply. With a couple of exceptions — notably finger limes and Buddha’s hand — citrus fruits have a juice-filled core surrounded by a cushioning layer of white pith and an exterior layer of aromatic peel. As well as working as solo notes, citrus fruits are nearly indispensible for making gin and vermouth in combination with a variety of other herbs, spices and fruits. Many gins incorporate grapefruit peel, and vermouths utilize the richness of dried orange peel. Citrus also combine well, notably in Seedlip Grove 42 that layers bitter orange, blood orange, mandarin and lemon.

Citrus fruit crops are some of the most widely cultivated in the world. Humans have been enjoying their taste and selectively breeding them for thousands of years. Combined with a propensity for hybridizing, a vast diversity of cultivated citrus has expanded the forms, colors and flavors of citrus far beyond the 10 wild species they are all descended from. Wild citrus originated in the southeast foothills of the Himalayas, diversified and moved into Australia. Commercial crops of citrus are grown outdoors in southern states: California, Florida, Arizona, Texas, South Carolina, Georgia, Alabama, Mississippi and Louisiana because most citrus trees have low tolerance for the cold temperatures they would be exposed to further north. However, citrus are amenable to being grown in pots and kept indoors over winter, and because their peel in particular offers a concentration of aroma, one or two trees can furnish a distiller with enough raw material for regular batches of citrus-infused spirit. In the cold winters of Massachusetts, Berkshire Mountain Distillers have a couple of potted citrus trees that are brought into the distillery to protect them from frost.

Mandarins (Citrus reticulata) are familiar on supermarket shelves. However, there is a use of mandarin that is novel to the US spirits market but well embedded in aromatic products like shampoos and essential oils. Unripe mandarins that are still green and not orange have superlative aroma, and this is made use of in beverages in the Mediterranean. In southwest Turkey, people take an early crop of green mandarins and store them in their freezers to put in drinks throughout the year. In Sicily, the green peel is macerated in spirit for three weeks and then combined with sugar syrup to make a liqueur. In its unripe green state, mandarin peel has a freshness that balances the more familiar aroma of ripe mandarins, making it less saccharine.

Key limes (Citrus x aurantifolia) are the eponymous fruit of the Florida Keys, although most key limes on the market are supplied by Mexico. After a hurricane in 1935 destroyed the last commercial crop trees and the increase in accessibility and land value following the completion of the overseas highway linking the Florida Keys to the mainland, the only key limes left in the Florida Keys are in gardens. In contrast to Persian limes (Citrus latifolia), they are ripe when yellow, yield more acidic juice, contain less pith and have more aromatic peel. Falernum is the perfect product to showcase key limes, as it uses both peel and juice; 24–48 hours is long enough to macerate the lime peel and spices, and a short enough time to leave the juice inside the peeled limes until the infused rum, sugar and juice are combined to make the finished falernum.

Citrus have flavored distilled products for hundreds of years, but recent developments in cultivars, crops grown and distribution in the US have increased the distilling repertoire. Meyer lemons (Citrus x meyeri) blend characteristics from their parentage of lemon and orange. Their peel is a particularly desirable combination of lemon with warmer notes of orange. They aren’t widely available as a commercial crop because their soft skin is easily damaged, which makes them more difficult to transport. But they are popular on a local scale. Initially introduced from China in 1908 as a cold-tolerant lemon, they were symptomless carriers of the tristeza virus that caused great damage to citrus crops. However, since virus-free clones were released in 1975, they have been regaining commercial use. Juicing Meyer lemons can be a quicker way of separating aromatic peel from juice than peeling them. Vapor infusion of the fresh peel is the ideal way to capture its taste in spirit.

Marketing and distribution networks are also more able to connect seasonal citrus with buyers. Buddha’s hand (Citrus medica var. sarcodactylis) has had some Halloween rebranding with the name goblin’s fingers. It is a cultivar of etrog or cedro (Citrus medica), which are characterized by particularly thick pith. Buddha’s are divided into segments that resemble a hand. For distillers, Buddha’s hand presents two appealing characteristics. While the peel is citrus-scented, it also has a lavender-floral note, to the extent that one left out in a room perfumes the air enough for people to ask what it is. They contain no flesh or seeds: Inside the skin, the fruit is entirely pith. With the absence of seeds, they are replicated as cuttings. Their pith does not carry as much bitterness as the pith of many other citrus. Consequently the fruits are easily prepared for making use of the aroma of their peel because there is are no need to separate peel from pith, and no juice to contend with. The entire fruit can be cut and left to macerate in spirit prior to distillation. If macerated after distillation, the spirit will retain a light yellow tint. An important handling note is that citrus pith is rich in pectin. This is removed by distillation but if citrus peel is added after distillation, pectin present in the final product can cause a pectin haze, particularly when the spirit or liqueur is chilled. Another method of reducing pectin content is freezing. Citrus retain flavor well when frozen, but pectin is degraded by freezing.

Finger limes (Citrus australasica) are a new crop for the US that entered the market as specialty produce sold to chefs and restaurants. As production increases, they are more readily available. Still found as a wild plant in Australia as well as being cultivated, they are used in several Australian gins. These are citrus without pith. Their incredibly fragrant peels encase a cluster of round juice-filled vesicles, which look like pink, clear or green caviar. Shanley Farms, in California, is one of the main growers of finger limes for the US market. They sell them whole and also sell the juice-filled vesicles as citrus pearls. Lauren Taylor of Shanley Farms said, “At this time, the peel of the finger lime is not part of the show. Although a by-product of the main event — the citrus pearls — the peel will eventually be sold to press and extract the oil.” Potentially an opportunity for a distiller to access a supply of this peel that in addition to being aromatic is a by-product. This is congruent with increasing awareness in the drinks industry of reducing waste. While the finger-lime season runs from January to June, like all citrus, the peel retains flavor and aroma when dried.

Yuzu (Citrus x junos) is another citrus that was not a common find in the US because it doesn’t have the sweet juice that fits well in a fruit section, although yuzu juice is indispensible in Japanese cuisine. Combining intense sourness with a blossomy note, the juice is suited to addition post-distillation to retain its acidity. Additionally, yuzu peel is widely used as a condiment in Japanese cuisine in its own right and as a component of shichimi and yuzu kosho. In both of these spice blends, yuzu peel lightens the fierceness of chili and pepper. Gins made in Japan and Japanese-inspired gins are making use of yuzu peel. It is convenient as a dried ingredient that is easily stored. Furthermore, yuzu trees are considered cold-hardy down to 10°F, so they can be grown outdoors further north than most citrus. Yuzu peel is best used in short maceration or vapor distillation.

When looking to use citrus, it’s worth considering varieties beyond grapefruit, orange, lemon and lime. Some citrus fruits, such as finger limes and Buddha’s hand, are seasonal; while others, for example key limes, are connected to place. In all cases, it is worth remembering that these are fruits that can offer three layers of organoleptic experience when their peel, pith and juice are considered independently. 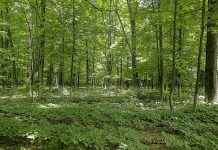 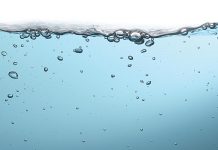