The challenges associated with managing cash while producing and barrel-aging whiskey can be enormous.

Distilling single malt whiskey is not just my business, it is my passion. I’ve been trained in the art and science of brewing and distilling, and honestly, I can’t imagine doing anything else. I’ve also come to enjoy being a small business owner. I’ve been managing cash and barrel-aged whiskey for over a decade now. Shouldn’t it be getting easier? Before I answer that, let’s take a step back.

In 2008 I was able to launch my first distillery, which comprised two 500+ gallon Forsyth pot stills and a 21-plate column. It was a beautiful set-up and the basis of my thesis for my Master of Science in Brewing and Distilling from Heriot-Watt University in the U.K. The design was unique in that I built a continuous still within a batch system. It worked well, and I began cranking out new-make spirit and barreling it in short order.

Because my training was in Scotland, I began with a lot of used bourbon and wine barrels. For fun, I mixed in some new charred American oak barrels. Like a patient distiller, I waited several years for my single malt whiskey to mature before I made too many production changes. I converted an old Guinness countdown clock (used to count down to St. Patrick’s Day) into a whiskey-release clock, and it was a painful sight to see the initial countdown with more than 700 days.

Cash flow back then was challenging, even given that most of my barrels were used and inherently less expensive than new barrels. I survived on revenue from vodka and beer production. Let’s just say that beer saved the day.

After those long 700+ days passed, I learned a valuable but expensive lesson: If you want good whiskey in less than eight years, inexpensive used barrels are not going to cut it.

As soon as I could afford it, I began ordering more and more new American charred oak barrels. At the time, they were plentiful and easy to buy, although to afford them we had to sell more beer and continue our college-style diet for a few more years. And in the process I learned another painful business lesson: Having partners in a cash-strapped business is a delicate balance. The brewery had become the largest in the state in just under four years, and the distillery was beginning to get some traction. Sadly, that was still not enough, and I became the scapegoat for the cash flow challenges. On May 31, 2012, I was asked to leave the company that I had started from the ground up. In October of the same year, I had no choice but to sell off my equity for what felt like pennies.

While my degree in brewing and distilling was paramount in teaching me how to craft award-winning beers and spirits, this was the most meaningful business lesson I could have received. After years of reflection, I’ve come to learn that the loss of my business was ultimately a gift. In my experience, if you’re considering opening a distillery, try to do it without business partners. If you need partners, always own 51%. I had 46%, and that proved to not be enough.

I realized almost immediately that I could not completely give up brewing and distilling, and I had to try again. For the next year, I built pitch decks and consulted on other people’s brewing and distilling projects. Consulting was fun, but it was painful to not be involved in my own project — I needed to get brewery and distillery 2.0 off the ground.

In the evenings, I nearly went blind at my computer, compiling spreadsheets, plans and proformas. I decided that this distillery would use only new, charred American-oak 53-gallon barrels. The price was around $130 per barrel and I knew I’d need a lot of them. I also knew from experience that projects like this always take twice as long and cost twice as much as you’d expect. I tried to plan for that, but it still wasn’t enough. The biggest contributor to my rising expenses were those barrels—because of an extensive barrel shortage. The bourbon industry was growing so fast that the large distilleries had all the manufactured stock locked up. I thought that saying “please” would help. It did not.

After an exhaustive search, I found a new artisan cooper in Minnesota that was making barrels. The largest barrel that they produced was only 30 gallons, and it cost twice that of the standard 53-gallon barrel. I had not even produced a drop of spirit and my maturation cost had increased by nearly four times.

There were days that I considered aborting the distilling side of business and simply focusing on beer. Beer is fast and easy and generates cash much faster. But let’s be honest — is there anything more beautiful than a deep amber bottle of whiskey?

Although I continued to flirt with quitting my distillery plan, I came up with an idea to absorb the extra maturation cost without passing it on to our customers. It was really quite simple: Increase the revenue from my spendy barrels by creating two signature beers that would be matured in my used single malt whiskey barrels.

For fun, we also mature gin, rum, brandy and double-barrel bourbon in these used single malt casks. I call it “fun” because while it does get more use out of our barrels, it does not bring in that many extra dollars. The reason is that barrel-aged gin and brandy are very small categories in my distribution territory. In the last 12 months, we have only sold 20 cases combined between the two. The Double-Barrel Bourbon is tasty; however, I’m not sure we sell a lot more than if we just bottled after the first barrel. “Double-Barrel” is a differentiator, but the single malt whiskey finish has not drastically increased the sales of my bourbon either. Finally, the rum is the most helpful of the above-listed spirits. It only matures in the used single malt whiskey barrels and those sales are growing quite rapidly. Therefore, if you don’t want to start a brewery as well, make sure to use your dumped barrels for the most popular spirits in your distribution area.

It has now been over five years since I opened Brickway Brewery and Distillery in the historic Old Market district of Omaha, Nebraska. Even with my years of managing barrels and barrel costs, I find that it is still a challenge. Every year my supply chain gets easier and cash flow is better, but you cannot take it for granted.

Currently, Brickway is in the midst of its first expansion since opening. We are investing hundreds of thousands of dollars to increase our space by 50% and add equipment to allow for the production of 35% more beer and 400% more spirits (principally single malt whiskey). Once we are in full operation (hopefully by the end of summer 2019), we are going to move approximately half of our production to the standard 53-gallon new, charred American-oak casks. This change will allow us to lower our maturation costs back down to the original proforma level but will ultimately affect maturation flavor as well. We will make this change slowly and carefully. If the flavor change is too dramatic, we will abort the 53-gallon barrels and continue to find ways to manage production without passing on the increased cost to consumers.

With my newest venture five years in the rearview mirror, I often reflect on what I’ve learned. Here is the advice that I can pass along to you.

Make sure you own your own business. I’ve fortunately managed to maintain greater than 51% ownership and have no operating business partners. That has allowed me to focus on quality standards that I am quite proud of. I also am fortunate that my investors are a terrific group and we wouldn’t have been nearly as successful without them. If you are looking for investors, interview them not just for willingness to provide capital, but for their integrity as well. It is like a marriage and you don’t want to get stuck in a bad one.

Your business plan will always need adjustment. I’ve also learned that despite how much experience you might have, processes still take longer and cost more than you plan. It’s like a law of business and my patience has paid off. I can think of two past expansion plans that I researched, and if I had pulled the trigger, it would have cost the business multiple times more than my current plan, with marginally more capacity and worse logistics.

Keep reading. Even if it’s only a few hours a week, keep reading and researching. I’m currently reading Gary Keller’s The One Thing. It’s a great book and I’ve integrated what I’ve learned into how I manage my time and focus.

Take care of your people. It sounds obvious but investing in your staff is key. I decided to treat my team like I treat my barrels: I spend money on the best ones, I treat them well, and in turn, they take great care of me. I’m proud to say that we offer health care, paid time off and I’m working on implementing a 401(k) option for full-time staff. I’m also taking team members that have hit the five-year milestone on vacation to Mexico this year to tour a 100% blue agave distillery.

Being forcefully removed from my first venture, a business that I was so proud of, was one of the hardest experiences of my personal and professional life. Like so many challenges, I now see it as the best thing that’s ever happened to me. I’m much better at managing my operations team, my business financials, and these beautiful barrels full of single malt whiskey. So, to answer my first question: I guess it can actually get easier. Keep your head down, work hard and make good choices. 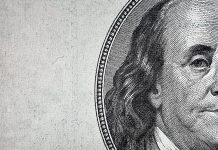 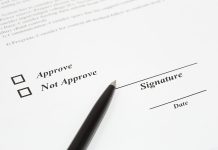 Avoiding the Pitfalls of Partnerships in the Distilling Business 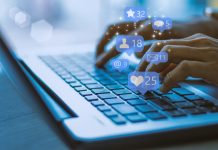