A couple times a month, Bill Owens gives me a friendly call to chat. The conversations usually revolve around some aspect of my writing work, be it articles for various trade publications (such as Distiller) or my myriad book projects. During these talks, he’s often zippy and exuberant about whatever topic is pinging around in his brain that day. A few months ago, during one of our chats, Bill informed me of a distillery in Japan that is making spirit from silkworm droppings. My neck still hurts from the whip-snap double-take that I involuntarily performed upon hearing this. Silkworm droppings?

We’ve all read innumerable “listicles” about “the world’s most unique spirits” or “the strangest spirits you need to know about.” Many of these articles list things like vodka produced from milk and clandestine amari from isolated alpine villages. Those products are all interesting and unique in their own rights, but as the world of distilled liquor has rapidly expanded over the past decade, a growing number of distillation cowboys have saddled up and entered the fold. These folks are pushing boundaries of what we thought was possible, not just in good sense and flavor, but what could be fermented and distilled in the first place.

My good friend Kirsty Black of Arbikie Distillery in Scotland, through her Ph.D. research, produced what is believed to be the world’s first climate-positive gin from fermenting and distilling the humble pea. (I knew there was a good use for peas.)

Empirical Spirits in Copenhagen takes a culinary approach to flavor along with some borderline sci-fi techno wizardry to produce their spirits. One of their most infamous spirits was called Fuck Trump and His Stupid Fucking Wall and is a white spirit of low pressure-distilled habanero peppers and a “whiskey” base made from barley koji and pilsner malt. One of the founders worked for Noma (considered by many to be one of the best and most experimental restaurants in the world) which puts the whole operation into context.

Or how about Air Company and their Air Vodka made in New York? They have been able to produce a vodka from, well, air. Air Company CEO Gregory Constantine and his team have developed a technology that converts CO2 emissions into ethanol and oxygen, reportedly removing a pound of greenhouse gases for every bottle produced. Drink vodka and save the planet. I can think of worse ways to spend my time.

Mavericks, mavens and misfits, all of them. But silkworm droppings? Well, color me curious. I had to know more.

The name of the distillery is Mitosaya Botanical Distillery (www.mitosaya.com). The name Mitosaya comes from the Japanese terms for “fruit and pod.” Helmed by the insatiably curious Hiroshi Eguchi, the distillery was established in 2016 in the beautiful Chiba Prefecture. I reached out to Hiroshi to see if he would be willing to divulge some of his secrets. Turns out the guy is pretty much an open book. He was all too happy to tell me anything and everything I wanted to know.

Hiroshi started his path to distilling auteur with a job working for Christoph Keller in Germany. If that name sounds familiar, it’s because it is the same Keller who co-founded Monkey 47 Gin. However, unbeknownst to a lot of folks outside of Germany, before Monkey 47 Keller was most known for his Stählemühle Distillery where he produced a jaw-dropping number of brandies. The distillery closed at the end of 2018 so that Keller could focus on other opportunities, but he claims that during the distillery’s 15-year life span he was able to distill over 600 types and varieties of fruit, winning countless awards in the process.

For Hiroshi, working for Christoph Keller proved to be an almost magical fit. Both men seem to have unbridled fascination and curiosity over what is possible in the spirits sphere. Germany and Japan both have incredibly varied and vast fruit-growing cultures. Certainly, Germany’s immediate neighbor to the west is more famous worldwide for its grape and apple brandies, but Germany is no distillation slouch. The country boasts over 25,000 stills in operation, many of which are producing brandies from fruits such as cherries, apples, pears, quince and so much more. In this cultural backdrop, Hiroshi was able to foment the concepts that served as the building blocks for his new distillery back home.

Speaking of his distillery’s start, Hiroshs says, “I worked for Christoph Keller at the Stählemühle Distillery in southern Germany and was impressed by his approach to making spirits from all sorts of natural things, things that were around us and that we grew ourselves. The idea for Mitosaya began when I decided to apply what I had learned here to the natural environment of Japan, where there is a greater variety of plants and fruit trees than in Germany.”

After his apprenticeship, Hiroshi headed back to Japan and began looking for a place to open his distillery. He knew he wanted to distill to the tunes of Japan’s vast agricultural bounty, so the distillery needed to be close to an assortment of growing fruits and veggies. And, as if by divine intervention, Hiroshi stumbled upon the perfect spot: “I came across a closed public medicinal botanical garden in Otaki, Chiba Prefecture. On a 15,000-square meter site, 500 kinds of medicinal plants were cultivated. We took over this place and named it Mitosaya Botanical Distillery in 2018.”

The gardens and facility were not in perfect condition when Hiroshi took over, so there was a bit of repair and restoration that needed to be done. However, by November 2018, he was able to get a license for eau de vie production.

With such a varied botanical supply at his fingertips, Hiroshi has been able to follow his own wild whims, creating incredibly inventive detours down liquid paths previously unknown. The goal, as the company puts it, is “creating with small discoveries from nature.” To do this, Hiroshi uses many botanicals from the resident garden, many of which are used in traditional Eastern medicines. He also sources fruits and other ingredients from the surrounding area. This unique ingredient strategy sets the stage for some truly extraordinary spirits to hit the market.

Hiroshi is an experimentalist right down to his core. Never seemingly content with the current status quo in spirit flavor or tradition, he has bent his ingredients to his ever-inquisitive will. The results are nothing short of revelatory. His first release was called All Mikan. It was a blend of rice spirit with mandarin orange brandy. The orange brandy began with fermenting mandarin oranges. He then distilled the ferment and blended the distillate with rice spirits that had been infused with mandarin orange peels.

Another release, simply called Marinara, is effectively a concept album in liquid form. Hiroshi decided to ferment a small local tomato that contains a naturally high sugar content (for tomatoes, at least). He then distilled the ferment to produce a tomato eau de vie. Hiroshi’s mind then wandered to pizza and the savory flavors that go into a good pizza sauce. So, he infused oregano and cinnamon basil into some rice spirits before blending the liquid with his tomato spirit. He says Marinara pairs well with pizza.

To pull off this sort of alchemical magic, you would think that Hiroshi’s distillery would be the stuff of science fiction: a techno bunker replete with countless roto-vaps, computer monitors and an ocean’s worth of borosilicate beakers and flasks. You would be wrong. Hiroshi keeps his setup simple, using a 30-year-old Kothe system with a few plates. He has opted to fit out his operation with a variety of tanks both steel and glass ranging from a few liters up to around 800 gallons. He uses these for fermentations and infusions large and small, giving him an immense amount of flexibility when crafting his creations.

Hiroshi has kept his distillery processes modest in scope so as to more easily tinker and batch out single, small lots of spirits. In 2020, he managed to produce and release around 40 different spirits into the market. He bottles everything in either 100 or 500 ml bottles. He says that the 100 ml size might be considered a sample size for most distilleries, but it has proven an important product for Mitosaya. It allows curious consumers to take a chance on his distilled experiments without committing to a larger bottle with a larger price tag. The 100 ml bottles average in price at ¥2,200 (~$20) while the 500 ml is around ¥9,680 (~$86).

Plotting a course for a distillery so focused on boundary pushing and norm shattering can be a challenge. However, Hiroshi points out that consumers have become increasingly interested in his activities. Perhaps just as rewarding, if not necessarily in a monetary sense, Hiroshi says other producers have shown a lot of enthusiasm for his work. He seems to humbly realize that he is quietly blazing trails to a few new distillation destinations. It will be really exciting to see who in the industry is willing to iterate on his methods and push the envelope even further.

Of course, speaking with Hiroshi, I never get the impression that any of this is about ego. His general interests and concerns seem wholly centered on distilling pure flavors and aromas using botanicals hitherto unknown to most people in the distilling industry. His genre-bending distillations seem to be more a consequence of his ever-curious mind and not a source of misplaced pride or hubris-filled marketing copy. He is just chasing the flavors and sensations of the produce that surrounds him in an effort to put it all into intoxicating liquid forms.

The whole Mitosaya enterprise is certainly keeping Hiroshi busy. He says he is looking at new spirit types to play with, utilizing the help of local farmers. He mentions rice for sake, sugarcane for rum and rye for whiskey because he clearly has ideas that play with these traditional forms as well. The topic of maturation comes up and Hiroshi says he is looking at starting an independent coopering operation for Mitosaya that would use the local mountainous trees for source wood. If this all wasn’t enough, there are currently plans to set up a bottling operation located in Tokyo that would bottle Mitosaya products along with cocktails from local bartenders.

Despite all the uncertainty in the world today, the future is looking bright for Mitosaya. Helmed by an inquisitive spirit, the distillery is quietly charting a path into unknown waters. This has always been the focus of Hiroshi and Mitosaya’s journey. And perhaps most wonderfully of all, his liquid creations allow us to all come along for the ride. 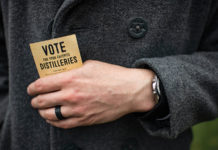 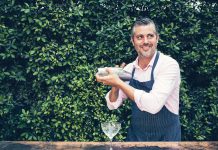