My bottle review column (last month’s edition here) is less about tasting notes and more about what is unique or trending in spirits alongside my ratings (on a 1–5 rating scale).

Now more than ever, small-batch distillers and drink producers need our aid. So here’s to the needed comfort of a good pour and wise choices in who we support. My 10 bottle picks for the month:

Sequoia Sake Nama Sake
https://sequoiasake.com
Technically brewed, not distilled, the rise of quality sake imported and produced in the U.S. is a welcome trend worth paying attention to among all drink producers and consumers. Arguably, the best producers in the country are both in the SF Bay Area (Den Sake in Oakland since 2017 is the other), making Japan-worthy, critically acclaimed sake. Northern California has long been home to most of the country’s largest sake breweries (Takara, Ozeki, Yaegaki, Gekkeikan) since the 1970s, sourcing rice from the nearby Sacramento Valley.
Opened by husband-wife team, Jake Myrick and Noriko Kamei, Sequoia Sake has been brewing Japan-worthy sake from their San Francisco warehouse since 2015. This high quality sake shines, from a full-strength genshu sake to limited edition, mildly sweet Coastal Nigori. But it’s their unpasteurized Junmai Ginjo Nama (or namazake) I can’t get enough of. Nama normally has to be pasteurized when imported to the U.S., losing layers of its delicate flavors. Sequoia’s nama sake is tangy, fresh, alive with pear and citrus, yet smooth on the palate. I’m stocking up and praying this small producer thrives for years to come.
Taste rating: 5

Makku Makgeolli
https://drinkmakku.com
Makgeolli is the oldest alcoholic beverage in Korea, and like sake is brewed vs. distilled, made from rice, water and nuruk, a Korean fermentation starter. As a fascinating trend, it’s not only becoming more well known outside Korean culture, but is being canned by Makku, “America’s first craft makgeolli.” Makku founder Carol Pak has been studying makgeolli since her travels in Korea and nailing down a recipe. Typically almost milky and lightly sparkling with subtle viscosity, Makku’s version is well-balanced in all of the above, bouncing from tangy to bracing. I find the classic version the best, but flavored mango and blueberry, while sounding unappealing to me, are shockingly quaffable and balanced in sweetness, brightening makgeolli’s fermented goodness.
Taste rating: 4.5

Bitter Artemisia Vulgaris 6+
www.pakruojis-spirit.lt/produktai
As proper schnapps/schnaps or eaux di vie brandy, Pakruojo’s line of schnapps are dry and understated, somelower proof at 34–38%, others 42–45%. With a distillery in a historic manor in Pakruojis, Lithuania, these are traditional Baltic spirits with a modern touch. Beetroot and truffle schnapps thankfully veer heavy on the beetroot, while smoked “bacon” and a horseradish schnapps go surprisingly understated with the base ingredient still present. I particularly appreciate Bitter Artemisia Vulgaris 6+, the Latin term for wormwood, which, along with six other herbs grown in nearby herb farms, make for a bracing bitter digestivo that hits the nose and palate with a strong kick of thyme.
Taste rating: 4.5

Paul John Nirvana Whisky
https://pauljohnwhisky.com/en/singlemalt/nirvana
From the coastal region of Goa, Paul John has been a reigning whisky in a region of India growing in number of craft distilleries. Their new Nirvana release appeals first with its orange box and elephant head art. I am a big fan of their peated whiskies but for those who want to go another direction, this is PJ’s unpeated side, gentle with caramel, dried fruit, honey and overall bourbon-esque notes, balanced by that briny, salty note evoking Goan seaside air.
Taste rating: 4

Barber Lee Absinthe & Rye Whiskey
www.barberleespirits.com
Husband-wife run Barber Cellars has been a gem of a Sonoma County winery since 2007 from Lorraine and Michael Barber. In 2019, they opened their small downtown Petaluma distillery in partnership with San Francisco’s Aaron Lee in a 1910 brick warehouse, complete with cocktail bar and tasting room. They also distill bourbon and moonshine, but I especially appreciate their robust, silky single malt made from 100% rye grain, a rarity even in rye whiskey, and their lush absinthe blanche, a blend of 8 separately distilled (in a base of triple distilled wine) botanicals.
Taste rating rye whiskey: 4
Taste rating absinthe blanche: 4.5

La Pivon Rojo & Blanco Vermouth
www.lapivonvermouth.com
Though labeled “vermouth,” La Pivon being made in Spain technically makes it “vermut,” but no matter: a Madrid-produced fortified wine of local botanicals, like cinnamon, cardamon, gentian, cloves, Valencia orange and lemon peel, aged in oak barrels, in blanco (dry white) and rojo (sweet red) versions. New to the scene in 2019, both have an unexpected floral and vanilla-sweet kick, which, for me, overwhelmed some of the welcome herbaceous bitterness. I prefer them mixed together in a classic 50/50 vermouth cocktail.
Taste rating: 3.5 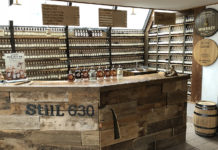 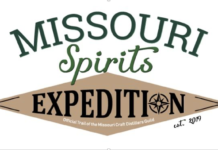 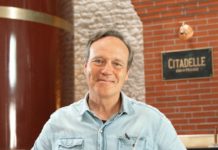 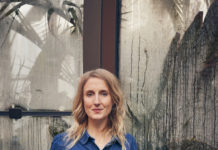