My bottle review column (last month’s edition here) is less about tasting notes and more about what is unique, standout, new or trending in spirits with my review ratings (on a 1–5 rating scale. More than ever, small-batch distillers and drink producers need our aid. Please, support small business and quality! My 12 bottle reviews of the month:

BAIJIU-STYLE SPIRIT
Buffalo Trace Experimental Collection Baijiu-Style Spirit
While Buffalo Trace Distillery needs no introduction, on April 22, they announced the latest in their Experimental Collection: a limited release, Baijiu-style spirit ($46.99 for 375ml; available by early May) aged in new American oak. Baijiu is the largest selling spirit in the world and inspired by its robust, unique profile, this spirit is distilled like a whiskey but from traditional Baijiu ingredients of sorghum and peas, aged 11 years in three separate uncharred, charred and toasted white oak casks, then married together. It’s robust and savory, to be sure, with a strong hit of wood, earthy dark chocolate and sweet cherry. It’s fascinating, almost dessert-like in its finish.
Taste rating: 4

FORTIFIED WINE — SHERRY
Buelan Compania de Sacas
Musician and wine/sherry aficionado Nick Africano launched sherry brand Buelan Compania de Sacas in NYC this February with labeling/packaging that feels modern and current. Sherry is one of my great loves but rarely sees a fresh take or new brands released. Africano’s first barrel-selected sherry is Las Canciones No. 1 “Mirador” Manzanilla, tributing the opening track on his new album Gossip of Flames. At only 500 bottles, this limited-edition manzanilla sherry is produced in Jerez (the only sherry-producing region of Spain) at almacenista Bodegas del Río in Sanlúcar de Barrameda and by third generation capatáz, Luís del Río. Notes of the sea and citrus complement the sherry’s beautiful salinity and briny olive notes. It drinks initially like a dry fino, then finishes like a nutty, warm manzanilla sherry. A welcome “something different” for us sherry lovers.
Taste rating: 4.5

BRANDY — RAKIJA
Yebiga BELA
In January, I reviewed Yebiga PRVA ($39.99), a rakija (or rakia) fruit brandy hailing from the Balkans, imported by bassist Bill Gould of the band Faith No More, who founded Yebiga after falling in love with rakija touring in Serbia. The 18-month-minimum aged PRVA is warm and golden, showcasing the čačanska rodna Serbian plums it’s distilled from. April 2021 saw the launch of Yebiga BELA, an unaged, lower-priced ($29.99), limited-edition rakija, finished in stainless steel. Like PRVA, it’s floral yet robust, but this is more an everyday-style rakija, rustic yet not harsh, recalling Czech or Hungarian slivovitz. It’s got that whisper of fruit and Old World purity, but with the undercurrent of tenacious earth and grit I adore in many Eastern European brandies.
Taste Rating: 4

WHISKY — SCOTCH
Glenglassaugh
Glenglassaugh is another of those under-the-radar, historic (since 1875) Speyside whiskies that should be more known than it is. The great master blender, Dr. Rachel Barrie, is behind the blends, as she is behind a number of Scotch brands. Recently tasting through the main line side-by-side reminded me what a gem it is. As one of the more small production facilities in the region (they have 1 million liter still capacity but produce closer to 750k or 800k liters annually), their unusual fermentation process is longer (85-100 hours) than the Single Malt Scotch standard of around 49 hours, imparting depth of flavor.
Taste Rating & Notes:
— Glenglassaugh Revival: 4.5 (Aged in Bordeaux red wine casks with roughly 10 year whisky in the blend, Revival balances fruit and caramel, earth and oak beautifully).
—Glenglassaugh Evolution: 5 (Most representative of Speyside, it’s an elegant, fruit-forward stunner balanced by white pepper and caramel aged in Jim Beam casks).
—Glenglassaugh Torfa: 4.5 (That sweet spot of just-enough campfire peat playing with black pepper, jammy fruits, oats, even citrus zest).

AMERICAN WHISKEY — BOURBON & RYE
Frey Ranch Bourbon
Just outside of Fallon, Nevada, near Lake Tahoe, 2500 acre Frey Ranch has existed since 1854 but was opened as a sustainably farmed, “ground-to-glass” distillery by Colby and Ashley Frey in 2006, after wine production kicked off in 2001. Only available on-site for years, their flagship bourbon launched in Nevada in December of 2019, followed by Northern California in Spring 2020, to ever-increasing buzz. With a standout bottle and logo, this whiskey is tannic, like a good majority of American Whiskies, but not overwhelmingly so. A touch of oaky astringency can interfere with the otherwise silky mouthfeel, but welcome rye spice plays with notes of candied orange, banana, cedar and caramel (available nationwide online via Bounty Hunter Wine & Spirits).
Taste Rating: 4

Stellum Bourbon & Rye
Just released in March 2021 at $55 each from the team behind Barrell Craft Spirits, barrel proof Stellum Bourbon (57.49% ABV) is blend of mainly three bourbons (two high-rye, one mostly corn) and Stellum Rye (58.12%), a blend of straight ryes (MGP’s signature 95% rye mashbill plus other ryes), from MGP Distillery in Indiana with older Kentucky and Tennessee whiskies in the mix. The bourbon ranges from 4 to 16 years old, while the rye runs 4 to 10 years old. As a rye lover, I actually found the bourbon more balanced. Both are tannic and hot, as the proof and age would suggest. Though not overly harsh, the rye veers heavily woody, overwhelming other flavor layers. The intense bourbon is also over-oaked but with corn sweetness and rye spice peeking out under its high ABV hit.
Taste Rating Bourbon: 3.5
Taste Rating Rye: 3

AGAVE SPIRITS: TEQUILA
Pasote Tequila
Created by master distiller Felipe Camarena of the legendary Camarena tequila family, Pasote Tequila is imported through Sonoma’s 3 Badge Beverage Corp, a unique line that evokes pure vegetal earthiness yet with light body. Felipe grew up working in his family’s distillery in Arandas, Mexico, launching his own distillery in 2007 on family land nearby in the Highlands. His forward-thinking processes include collecting and repurposing rainwater as well as adding steam jets at the bottom and top of stone ovens so the agave pinas cook more evenly. With beautiful new packaging celebrating Aztec culture — in bold black and reds — launched in time for Cinco de Mayo, I retried two of Pasote’s four expressions, all distilled from 100% estate grown blue agave with no additives or coloring added.
—Blanco ($49) Taste rating: 4 (Herbaceous yet soft, with hits of citrus, celery, green pepper).
—Reposado ($59) Taste rating: 4 (Warm and vegetal, earthy with a touch of oak, fruit-forward agave, floral notes).

GIN
Highclere Castle Gin
Distilled in England’s oldest gin distillery, Langley Distillery, Highclere Castle Gin ($49.99) makes much ado about its connection to Downtown Abbey. Highclere Castle represents the Abbey in exterior shots of the beloved TV series and film — and is the gin’s bottle symbol as well as the growing site of its 10 botanicals from their Monk’s Garden (juniper, lavender, cardamom, etc.) and Victorian-era Orangery (orange peel, lime flower, etc.) Thankfully, the gin is a prime example of classic London Dry balance, with a touch of lavender to keep it intriguing, and a creamy mouthfeel from a base of the Castle’s estate-grown oats. Developed over five years by spirits entrepreneur Adam von Gootkin with the Earl and Countess of Carnarvon (owners of Highclere), this is a silky London Dry that shines in cocktails.
Taste rating: 4.5

Bimini Coconut Gin
I didn’t think we needed a coconut gin. But waterside Round Turn Distilling (since 2015 from husband-wife team of Hansen and Darren Case in Biddeford, Maine) gave us something not easily replicated with their latest Bimini Coconut Gin ($34.99). Coconut fat-washing has been common among the best bartenders but is a labor-intensive process hard to recreate at home. Using their gin base (redolent with juniper, hops, grapefruit), natural coconut flavor is added through a fat-washing process that results in a silky, creamy mouthfeel and subtle coconut flavor. It sings in Tiki-inspired drinks and with ingredients like Campari, bitters and pineapple juice. They also produce Bimini Gin ($30), Bimini Overproof ($35) and Bimini Barrel Reserve No. 1 ($35).
Taste rating: 4

NON-ALCOHOLIC SPIRITS
Optimist Drinks
Yet another in the glut of distilled non-alcoholic spirits constantly coming to market, LA-produced Optimist Drinks ($35 each) is from co-founders Tommy and Lisa Farr Johnstone. They produce three distilled botanical spirits inspired by Los Angeles: Bright (citrus-forward, vodka-esque), Fresh (botanicals, herbaceous, gin-esque) and Smokey (bittersweet, smoky, floral, spice). Free of alcohol, sugar, sodium, calories and additives, each suffers from that thin-ness or lack of body and oomph zero alcohol spirits typically exhibit. I find all three exhibit a too-intense floral, heavily perfumed hit on the nose that can run almost soapy mixed in some cocktails. While the floral hit also happens on the palate, other botanicals start to come through clean and clear, with a touch fennel making the finish on Bright and Fresh really work. Though tricky to work with in a cocktail, if one gets past expectations (like Smokey evoking tequila in a Margarita – or even being smoky, which it isn’t), the unique flavor profile in each can be intriguing.
Taste rating: 3.5

RTDs (Ready-to-Drink/Canned)
Greenbar Distillery RTDs
Melkon Khosrovian and Litty Matthew’s Greenbar Distillery jump-started LA’s craft drink scene back in 2004 as the first distillery to open in LA since Prohibition. Their Fruitlab ginger liqueur is a model for all ginger liqueurs, and their Grand Poppy Amaro a unique tribute to California’s state flower. As with many these days, they’ve gotten into the RTD game and —no surprise— are doing it right (and a 384% sales growth in RTDs). Their Coastal Rum+Cola tastes like a refined Cuba Libre, with organic rum and cane sugar enhanced by organic botanicals (allspice, cinnamon, lime, clove, coriander, osmanthus flowers, kola nut, nutmeg, orange, tamarind and vanilla). It’s my favorite of the highballs (have not tried their bitters sodas), although the Gin+Tonic and Whiskey+Soda are nicely balanced.
Taste rating Rum+Cola: 4.5
Taste rating Gin+Tonic and Whiskey+Soda: 4 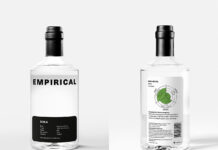 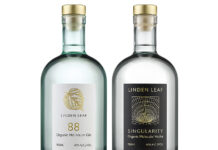 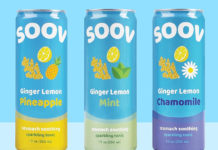