My bottle review column (last month’s edition here) is less about tasting notes and more about what is unique, new or trending in spirits alongside my ratings (on a 1-5 rating scale). Now more than ever, small-batch distillers and drink producers need our aid. Please, support small business and quality! My 10 bottle picks for the month:

GIN
Sipsong Spirits Indira Gin
https://sipsongspirits.com
When I first tried Tara Jasper’s (https://sipsongspirits.com/pages/founder) Sipsong Spirits Indira, I was enchanted with the gin’s cumin-forward savory hit, its unfolding of juniper, lavender, kaffir/makrut lime and bay leaf with whispers of sweet orange and pink peppercorn. In Sonoma County, Jasper distills 13 botanicals in a 100% copper alembic still from a grape and corn spirit base. Her devotion to botanicals extends to house tea blends, tea kits and seasonal gins. On May 25th, her lovely gin was awarded double gold at the San Francisco World Spirits Competition www.sfspiritscomp.com/results (full disclosure: I’m a judge at SF World Spirits www.sfspiritscomp.com/about/judges —as I have been a decade at ADI International Craft Spirits https://distilling.com/events/judging/judges, but always and ever judging under rigorous and blind conditions, learning of the medal winners we awarded post-judging).
Taste rating: 4.5

BOURBON
Spirit Works Four Grain Bourbon
https://spiritworksdistillery.com
I’ve been waiting for this baby, and it was worth it. Female distiller-led Sonoma County gem, Spirit Works, has now reached the point where they can release a longer-aged whiskey. Their new release, Four Grain Straight Bourbon Whiskey, has been aged a minimum of four years, showing off co-founder Ashby Marshall, distiller Krystal Goulart and team’s distillation prowess and their blending skill. A proprietary blend of their two Bourbon formulas, the mashbill includes 60% corn plus wheat, rye and barley. The corn and wheat are California grown, while all grains used are organic. At 45% ABV, the bourbon unfolds with stone fruit, floral honeysuckle, chicory and savory notes.
Taste rating: 4.5

TEQUILA
El Tequileño Reposado Rare
www.tequileno.com/collection
El Tequileño has Cuervo family connections but was actually a small distillery started by Don Jorge Salles Cuervo in 1959, remaining family-run by master distiller and Jorge’s grandson, Tony. They were acquired by Paradise Spirits (www.paradisespirits.com) in 2017, thus bringing it to the States. Their Reposado Rare is expensive, hovering around the $200 mark on some sites. But they produce a range of quality tequilas at a much lower price point. From a “trends” perspective, the Rare goes beyond their regular reposado, a unique expression in a category that keeps looking to expand. Aged in a large pipon American oak barrel for 6 years and 4 months, the tequila’s complexity unfolds with fresh agave (not masked by the oak) given depth from a rich nuttiness and rusticity.
Taste rating: 4.5

RUM
Chalong Bay Rum
www.chalongbayrum.com/en
In my latest return to Bangkok, the standout Thai craft distillery I tasted (which, like everywhere, were on the rise pre-pandemic) was Chalong Bay Rum. Using local, 100% organic sugarcane from Thailand, their rum’s agricole-style grassiness stood out immediately. Using a traditional French copper pot still lends character to these rums, which I’d love to see more of in the States. Their standard is the classic pure rum, in all its robust, green goodness. In Bangkok, I tasted through a range of their flavored rums, which were blessedly understated, not sweet, but fresh and dry. I liked Chalong’s kaffir lime rum best, but their dry cinnamon intrigued, as did lemongrass or Thai sweet basil rums.
Taste rating: 4 to 4.5 for the line

AQUAVIT
Ironton Distillery Rye Aquavit
https://irontondistillery.com/spirits
Denver’s Ironton Distillery (opened in 2018) focuses on gin, vodka, rum and a line of liqueurs I’m curious about, but I did get a chance to try their rye aquavit (bonus: their tall, elegant bottling with minimalist labeling stood out). The aquavit’s rye grain base gives it a robust structure, though only 43% ABV. But it’s the licorice and anise-forward Swedish-style flavor profile, with a long finish of caraway and dill, that make Ironton’s aquavit memorable. It stands up nicely in an aquavit martini, Gibson and other classic cocktail variations.
Taste rating: 4

GENEVER
De Borgen Old Style Genever
www.deborgendistillery.com
As I wrote about my deep dive (and second trip to) Netherlands genever distilleries in Distiller Magazine last year (https://distilling.com/distillermagazine/why-genever-is-still-misunderstood), I talked of my visit to Hooghoudt Distillery in northern Netherlands, a fourth-generation family-owned distillery. Since 1888, they’ve produced numerous styles of genever. Their old-style (17th and 18th century) genever boasts a more malt-forward profile and is aged up to 17 years. This is a shining example of just how good this often underrated and misunderstood spirit category can be (outside Belgium and the Netherlands). You get that bold juniper-gin hit, tempered by a rich, malty woodiness, layered with botanicals like caraway, sweet woodruff and fennel. The dramatic, golden bottle also makes it a win in design.
Taste rating: 5

TURKISH RAKI
Yeni Raki
https://yenirakiglobal.com
Akin to ouzo, anisette, sambuca and other anise-heavy, sweetened spirits, rakı has been a staple spirit of Turkey for over 500 years. Yeni Raki, distilled from grapes, raisins and aniseed, dates back to WWII-era, though the Mey Company that produces it was bought by Diageo in 2011. Just recently tasting it for the first time, it’s sweet, to be sure. But its silky texture and boisterous anise flavor shine with lemon juice for an ideal aperitif cocktail. They claim a historic distillation process from suma (pressed grapes removed from their stems), twice-distilled and blended with aniseed for a second distillation in traditional copper stills. Yeni Rakı is then aged in oak barrels 30 days or more to round it out. This style of raki luges beautifully with a little water added, when it’s commonly referred to as Lion’s Milk.
Taste rating: 4

R(H)UM
Barbancourt Rhum 5 Star 8 Year Old Haitian Rum
Produced and bottled in Haiti, Rhum Barbancourt’s roots date back to 1862 when Dupré Barbancourt brought Cognac stills and production techniques from his home region of Charente, France, to Haiti. Like agricole, this is r(h)um made fully from sugarcane juice, rather than molasses, redolent of stewed fruits, vanilla and pepper. It stands up bracing yet elegant in cocktails and is quite the value ($26.99 at K&L: https://m.klwines.com/p/i?i=1013709) for an 8 year-aged rum.
Taste rating: 4

AMERICAN SINGLE MALT
10th Street Distillery STR Single Malt
www.10thstreetdistillery.com
In a past column (https://distilling.com/distillermagazine/new-release-roundup), I reviewed the peated single malt from San Jose’s first “small batch” distillery, 10th Street Distillery. This Scotch-worthy peated whisky drew awards immediately (and I gave it a perfect 5 stars). Their latest this month is STR Single Malt, which won Double Gold in the 2020 San Francisco World Spirits Competition (see my earlier comments on judging under Sipsong Spirits gin). STR is their unpeated expression, aged in ex-bourbon casks that were shaved, toasted and re-charred (hence the STR name). The palate rolls out with spicy, caramel, candied fruits and a gentle woodiness, from a base of domestic two-row malted barley, non-chill-filtered to preserve complexity. Though I love the heavier peat hit of their first release, STR is really another stunner that clearly comes from Scotch lovers and appeals to Scotch lovers.
Taste rating: 5

GRAPPA
Bethel Road Distillery Grappa di Primitivo
https://bethelrddistillery.com
In central California’s expansive Paso Robles region, Bethel Road Distillery launched in 2017 from Castoro Cellars, born out of the region’s deep wine roots. Run by the Udsen family, their Italian-style grappas and grape-based spirits are inspired by Niels Udsen’s time living in Italy. They also produce wine, grape-based gin, a range of brandies and nocino. I was already a fan of their Grappa di Moscato, which won the major Best of Class award in 2019 in ADI Craft Spirits Awards (https://bethelrddistillery.com/spirits/grappa-di-moscato). More recently, I’ve been appreciating their Grappa di Primitivo. Though a bit more robust than the elegant Moscato, the Primitivo transports me back to Italy with a peppery, star anise lilt, highlighting the primitivo grapes.
Taste rating: 4.5 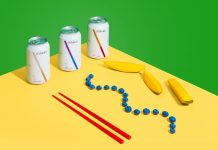