There are many different ways to create gin, even before you switch on the still. Even after the distillate is produced, a whole range of different decisions and options exist.

A simple way to produce gin is to put botanicals into a pot with base spirit, allow the mix to macerate, run the still with the botanicals in the spirit, and collect the botanical distillate. This is then proofed with water and bottled at the desired strength—this is the one-shot method.

Another method is to increase the quantity of botanicals in the still, beyond the original quantity, which results in a botanical concentrate. This concentrate is then diluted with neutral alcohol before proofing with water and being bottled. This “multi-shot” method means that, ceteris paribus, each run of the still results in more final product than the one-shot method.

This ratio can be increased from 2:1 up to 35:1 and this method is known as the multi-shot, multi-fold, or concentrate method.

Both methods have their supporters and detractors, with followers of the one-shot extolling its greater flavor integration and longevity; whereas concentrate fans suggest that it makes no difference and, therefore, that the concentrate method is more time, energy, and financially efficient. As one distiller put it, “Every hour I’m at the still is an hour I’m not out selling gin.”

Most major brands use the concentrate method, including brands such as Gordon’s, Beefeater, Plymouth and Miller’s.

In addition to using the still more efficiently, the production of a concentrate reduces shipping costs between the distillery and bottling site, as the neutral spirit is usually added at the same plant where the gin is proofed and bottled. In fact, some gins are distilled as a concentrate in England and then shipped across the Atlantic to be cut with neutral spirit, proofed and bottled. The excellent gin, Boodles (prior to its 2012 purchase by Proximo) was one such example.

With distillers often firmly holding views that are in line with their own self-interest, an objective answer on the differing impacts of each method was elusive, so I teamed up with distiller Dr. Anne Brock to run some tests.

The gin was distilled on a glass still, with an 18-hour maceration and an equal volume of hearts taken each time. The resulting spirit was then proofed to 40% ABV.

Three gins were distilled: A one-shot (Sample C), a 1:3 concentration ratio (Sample A), and a 1:25 concentration ratio (Samples B & D). If a gin was produced in the same method as Sample C and produced the equivalent of 100 liters of finished, proofed gin, using the method of Sample A, it would produce 300 liters, (comma) and using Sample B and D’s method would result in 1,500 liters.

When converting a commercial one-shot recipe to a multi-shot one with the desire of producing an identical flavor, the scaling up of botanicals is not linear. However, in order to eliminate variables in the tests, botanical quantities were linearly scaled.

The samples were tasted by a group of 54 attendees at The Gin Guild’s Ginposium, May 2015, in London. Participants were asked to rate the samples on three criteria: balance/integration, smoothness/lack of burn, and their overall preference for each sample on a 1–5 scale, with 1 being the lowest and 5 being the highest.

The test was completely blind and the subjects were only told that they were samples of gin.

Chart 1 shows the feedback on the samples regarding the flavor integration/balance criteria.

The data clearly show that there was little variation between the four samples in the participants’ perception of smoothness, although sample D (25:1) marginally had the highest arithmetic mean (average): The average for Sample D was 3.20, whereas it was 3.09 for the next highest, Sample C (one-shot). The standard deviation of the results for each sample, which is a measure of their spread, was also very consistent, ranging between 0.82 and 0.93.

Chart 2 shows the feedback on the samples regarding the smoothness/lack of burn criteria.

Once again, the results were very consistent, with Sample A (3:1) very marginally coming out on top with an average score of 3.54, compared with 3.30 for the next highest sample, C (one-shot). The SDs ranged from 0.98 to 1.00, showing exceptionally consistent scoring from participants.

Chart 3 shows the feedback on the samples regarding the personal preference criteria.

In a reflection of the previous results, the averages were almost identical, with sample C (one-shot) having a very slightly higher average (3.02) compared to the next highest samples, B (25:1) and D (25:1) (both with an average of 2.93.)

Given the comparative closeness of the results, an analysis of variance (ANOVA) was undertaken on the results. ANOVA is an analysis of the arithmetic means and the variance of the results and establishes whether or not the groups are statistically different from one another. In this case, the probabilities associated with the F-test values for each of the first three categories were 0.36, 0.21 and 0.54, respectively. As all of these were well above the critical value of statistical significance, 0.05, the variation in the results is as likely to be due to chance as a tangible difference in the samples.

Finally, participants were asked to rate how different they thought the samples were. The mean score was 3.15 and the median and mode were both 3.0. The standard deviation was 0.97, which was in line with the variance among the other scores. While 3 was the most popular score for people to choose, 2 was the second most popular. More spirits received a 2 rating than 4 or 5 combined. This indicates that most people thought there was little variation between the samples.

While this study was small and limited in scope, it does provide a good starting point when looking at the differences between one-shot or concentrate methods of gin production. The result did not show a significant case for one sample being smoother or more integrated than the others; as such, it does not support generalizations of any one production method’s superiority.

Of course there is an argument that the value of one-shot goes beyond taste, in that it has a positive association with quality, largely because it costs more to produce and for many there is a perceived connection between cost and quality.

Special thanks to Dr. Anne Brock, whom I partnered with for this investigation, Sara Smith for the statistical analysis, and a variety of distillers for their advice and support. 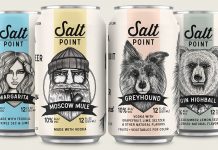 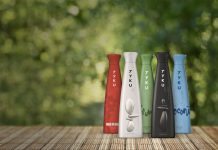 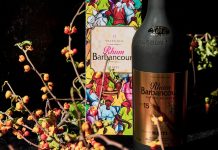