A common theme of Bill Owens’s eclectic career path is resilience and innovation. An accomplished photographer, pioneer of microbrewing and creator of the American Distilling Institute, he admires these same qualities in craft distillers. I had the privilege of spending the day with Bill as he toured Colorado distilleries.

Bill was in Boulder, Colorado, to be interviewed by Charlie Papazian about his efforts and experiences as a pioneer in the brewing industry. As I sat silently during Bill’s interview in the basement of the Hotel Boulderado, I couldn’t help but notice the irony of beers on the table, and a whiskey poster hanging on the wall, as if it were eavesdropping on the interview. The banter back and forth between Bill and Charlie was reminiscent of conversations among distillers at various spirits trade shows.

The most enlightening aspect of my day with Bill was learning his background and strange career path. Hearing the struggles he faced with Buffalo Bill’s Brewery, it is clear he knows firsthand just what it takes to start a craft beverage business from scratch. He knows the risks entrepreneurs take and the resilience needed. He’s also convinced that “success requires a bit of luck.”

As I shadowed Bill during his trip to Colorado, his enthusiasm for this still-blossoming industry was contagious. He just may be the industry’s foremost advocate. Here in Colorado, we have new distilleries popping up in just about every city and town. As we discussed drive times to different distilleries for Bill to visit, I was surprised at just what a pulse he had on all of my colleagues. It’s a lot to keep up with—equipment upgrades, new products, awards, expansion—and despite his seventy-some years he is acutely aware of the industry and eager to see what comes next. He was, as most of the industry is, impressed with Leopold Brothers’ new facility and malting floor, but it was refreshing to see him equally impressed with Spirit Hound’s teeny tiny gin basket. It’s the ingenuity that
Bill loves.

There are many different walks of life entering this industry, and Bill sees the need to leave a spot at the table for differing ideologies while at the same time protecting terminologies. He did after all try to trademark the term “brewpub” 30 years ago. This one matter weighs heavily on his mind: How to have a cohesive distilling community with so many differing approaches to distilling and the enigmatic question of “Just what is craft?” There’s no easy answer, and as the industry evolves the question seems to become even more complex. As this question continues to be debated, there is no doubt that the future of craft distilling will require resilience and innovation. None of us know just what the future holds for craft distilling, but whatever that may be, Bill sums up the best approach with his sign-off: “Onward!” 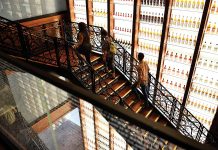 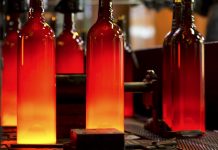 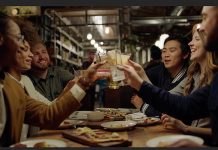