When one begins touring the historic center of Charleston, the feeling is almost museum-like. But the small city is not so much pristine as it is preserved, as if stepping straight into the 1700s. Though founded in 1670, the city’s architecture calls most heavily on the 1700s and 1800s, a dreamy melange of yellows, pinks and soft blues as well as brick and colonial-era structures. A city of contradictions, it has a dark history as a slave trade center where at one point the majority of the population was enslaved, and it is also famous as the site of Fort Sumter, where the Civil War kicked off in 1861.

Small, walkable and oh-so Southern, the region’s fantastic, seafood-heavy, Lowcountry cuisine, balmy storms, palmettos and surrounding islands evoke the Caribbean with Southern and African influence. Wandering the city’s streets is enthralling, as cobblestone alleys and unexpected gardens pop up around each corner. The inequity of rich and poor can be shocking in the state overall and is seen in parts of Charleston, but gentrification keeps pushing further out and once run-down areas like Upper King Street have, just in the last decade, sprouted up with boutique shops, hip restaurants and bars, intermingling with rapidly disappearing pawn shops and vacant storefronts.

Then there is the food. Lowcountry cuisine is all about coastal South Carolina and Georgia coast seafood with vibrant African influence, spawning divine dishes from she-crab soup to maybe the most famous Lowcountry dish: shrimp and grits. In keeping with the Carolinas in general, South Carolina barbecue is likewise a staple of Charleston life with celebrated spots like Rodney Scott’s BBQ, Smoke BBQ, Home Team BBQ and Bessinger’s Barbeque. (I am partial to Swig & Swine, where pitmaster/owner Anthony DiBernardo nails multiple forms of ’que from pulled pork to sausage.)

But Charleston’s dining history has long been rich with service, wine and food masters like Charleston Grill, old-school steak and seafood (and a killer Sunday Gospel Brunch) at classic Halls Chophouse, raw bar perfection at 167 Raw, and standard-setting food and drink menus at FIG, since it opened in 2003. Chef Sean Brock brought broader attention to Charleston and Lowcountry cuisine with the opening of his popular Husk restaurant in 2010 (spawning its neighboring Bar at Husk and a restaurant sequel in Nashville). Brock was instrumental in Charleston’s food renaissance, though he has recently decided to focus on his out-of-state ventures.

One can find trends common in many a U.S. city along these streets, whether amaro and wood-fired pizzas at Indaco or hipster, quality cocktails hidden upstairs at The Cocktail Club.

Based upon nearly a decade of covering Charleston restaurants and bars, here is my list of its 10 best bars, showcasing spirits local, national and international.

When a massive 1965 building was reopened as The Dewberry in 2016, Charleston gained its most unique hotel—and excellent cocktails besides. Luxuriously retro, the space feels as if it has been this chic mid-century gem since the 1960s, down to the Living Room lobby bar filled with vintage furniture and serving Ryan Casey’s elegant cocktails.

What to Drink: Sip classics with food in Henrietta’s, the hotel’s restaurant, or linger in the lobby for Cynar Flips and boozy beauties like Ichor & Glass, a blend of Compass Box whiskey and Orangerie liqueur, sweet vermouth, Pierre Ferrand dry curaçao and Cherry Heering, unfolding with color and flavor over one massive ice cube.
www.thedewberrycharleston.com

The Gin Joint has been one of Charleston’s best cocktail bars since 2010, finally ushering the city forward into the cocktail renaissance with classic ethos yet innovative cocktails served in a dimly-lit, romantically intimate space. Barman and owner James Bolt (our bar manager interview this issue) employs an experienced palate and skillful balance to his cocktails as he plays with a range of ingredients. While many a bar loses its way with cocktails that have more than five ingredients, Bolt and team pull off layers and complexity seamlessly.

Since Craig Nelson opened Proof in 2012, Upper King Street has exploded with a slew of top-notch bars, restaurants, coffee and food. Proof was a pioneer in Charleston’s current renaissance, a laid-back industry favorite where quality drinks are served with zero pretension.

Opening on trendy Upper King Street in 2012, The Ordinary jump-started the raw bar craze that seemed to hit Charleston after this former 1920s bank became a seafood and rum cocktail destination (including also The Darling, Rappahannock Oyster Bar and the great 167 Raw, another trendsetter since 2014). Ordinary’s oysters (from raw to broiled), crudo, caviar and fish-head gumbo still shine, as does their rum-centric focus with cocktail classics like an Air Mail alongside orange wines and local beers.

What to Drink: Though you can get a proper classic Daiquiri or Mai Tai here, don’t overlook fun, changing house cocktails like Beau Thai (white rum, tomato, carrot, red curry) or a simple but bracing Crooked Rain No. 1, mixing rum and Carpano Bianco vermouth with a verjus bite.
http://eattheordinary.com

Basically a dream dive bar since husband-wife team Nayda Freire and Erik Hutson took over the bar in 2014, The Faculty Lounge is thus named because it was a 1970s-era neighborhood hangout for local teachers. Lined with green benches and low ceilings, it’s the kind of rowdy yet laid-back bar that draws industry regulars for cheap beers alongside quality cocktails and drink geekery (think Corpse Reviver shots).

What to Drink: “If You Like Piña Coladas” wins on name alone but instead of being a sweet cocktail bomb, it’s a well-balanced, vegetal-tropical blend of Plantation Stiggins’ Fancy Pineapple rum, coconut cream, Ancho Reyes Verde chile poblano liqueur and a splash of LaCroix sparkling water to lighten it up, playfully served in a plastic ’70s diner tumbler.
www.facebook.com/facultyloungechs

Retro chic with white-and-black tiled floors and cool, teal green booths, The Darling may be the most charming of Charleston’s top-notch raw oyster bars. With big windows and lots of light, rounds of oysters, fried clam strips and king crab parfait are even better with their breezy cocktails and local draft beers.

What to Drink: Alongside classic Fish House Punches or stepped-up Palomas, Shoulder Monkey drinks easy for those not sure they love whiskey. A blended Scotch gains layers from grilled pineapple and sage syrup, sweetened and nutty with orgeat, tart with lemon and frothy under a layer of egg whites.
http://thedarling.com

A brewery, beer destination and restaurant in one, Edmund’s Oast turns out house-made charcuterie and quality dishes in a massive outdoor beer garden and indoor restaurant space alongside house beers, guest beers, cocktails and spirits (heavy on American whiskey but including everything from amari to gin). Head bartender Jayce McConnell ensures spirits drinkers won’t suffer for choices alongside the beer crowd.

First put on the map by James Beard Award-winning chef Sean Brock of Husk, Neighborhood Dining Group’s restaurants include a trio of bars worth drinking at for different reasons. Minero’s Mexican food is best when it sticks to Southern interpretations (like fried catfish tacos or a Hoppin’ John burrito), and it’s one of the few mezcal and tequila options in town with simple but crushable cocktails.

Also housed in a 1700s building around the corner from Minero, McCrady’s has its tasting-menu-only, old-school side and its tavern side with the blessing of an extensive Madeira collection, the fortified wine deeply rooted in Charleston history.

While we find the much-hyped Husk mixed as a restaurant, its neighbor, Bar at Husk, is where the locals go. Housed in a colonial, brick-walled 1778 building, upstairs under the rafters is an ideal space to dine on the beloved house burger and drink whiskey and classic Charleston punches. The cocktail menu can fall under playful categories like “Four Corners-Representations of Governmental and Social Law and Structure” or “Front Porch-Easy Breezy Joggling Board Sippers.”

Opening mid-2016 in Charleston’s ever-growing Ansonborough ’hood, Cane Rhum Bar is a roomy bar and restaurant that is decidedly Caribbean and rum-focused rather than tiki. The room is lively with palm lamps and bright teals and oranges. Owner-chef Paul Yellin pulls on his Caribbean roots, serving the likes of Jamaican jerk chicken, ginger beer-braised pork or coconut curry.

What to Drink: Alongside rum flights, an extensive rum selection and a few tiki classics like a Jungle Bird, island breezes can be felt with drinks like a Sorrel Punch (a blend of rums, dried sorrel, water, raw sugar, cinnamon, fresh ginger and salt) or their Charleston version of a New Orleans Hurricane (rum blend, lime juice, guava, passionfruit, allspice simple syrup, grenadine).
http://eatdrinkcane.com 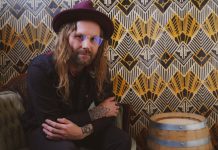 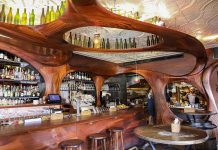 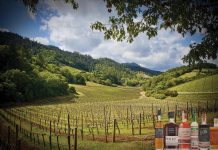