Rick Wasmund learned how to make whiskey by studying the Scots. Literally. He not only toured Scottish distilleries, he interned for a time at Bowmore Distillery in Islay, learning everything down to how to peat-smoke malt.

While there, he suggested someone should try smoking malt with fruitwoods.

“It seemed like a natural thing,” Wasmund says. “I had always enjoyed the qualities of fruitwood for grilling and smoking meats. It seemed obvious to use them [for malt].”

The good folks at Bowmore were not opposed, in principle, to fruitwoods, but they told Wasmund that he should be the one to do it.

He hadn’t thought of it that way before—he hadn’t really thought of starting a business before—but the idea took hold of him. “[It] was just that powerful. I [was] just a conduit for bringing that idea into the world.”

Four years later, in 2005, Wasmund launched Copper Fox Distillery with the release of Wasmund’s American Single Malt Whisky (spelled the Scottish way), featuring apple- and cherrywood-smoked malt and aged in applewood and oak barrels. It is a satisfying, mellow whiskey with a vanilla and orange marmalade aroma that continues as a mere hint into the sip, where little whispers of smoke play around the sides of your mouth, and earned him 92 points from the Beverage Testing Institute.

From the beginning, the concept was to buy grain locally and malt it himself on his own malt floor. To his knowledge, he had the first craft malthouse in the country—certainly the first craft distillery with a malthouse.

Despite the rapid growth of the craft beverage sector, especially beer and spirits, craft malt has taken a while to really catch on. The popular assumption among brewers and distillers was that the grain’s variety or region of origin was less important than how it was kilned, roasted or smoked and what you did with it during the brewing process.

Rick Wasmund represents a growing number of craft producers willing to question that assumption. True to the spirit of craft, these maltsters looked at what was going into their favorite beers and spirits and thought, “What about the malt?”

To understand why that question matters, one must understand malt itself.

Pick up a kernel of malted barley and compare it to the raw grain, and you’ll see immediately that the malt has a little tendril, called an acrospire, curling out from the tip. Coaxing that acrospire out just far enough and no farther is the whole magic of malting.

The process itself is rather simple. You begin by soaking grains in water so they start to germinate (i.e., form an acrospire). Then you quickly kiln the grains to arrest them in a state of suspended potential. Malting develops natural enzymes that help convert starches into sugars in the mash tun and give the yeast more to work on in the fermenter.

Malting underwent industrialization beginning at the latter end of the 19th century. Modern germination chambers use large fans to create airflow and large screws to circulate the grains, which are piled several feet deep.

Traditional floor malting doesn’t require anything more advanced than a rake or shovel. The grains are spread right onto a floor made of stone, tile or concrete to a height of 3–6 inches, then turned by hand as frequently as every four to six hours.

Turning the grains helps dissipate heat, permits air to flow and also keeps the acrospires from becoming entangled. Because of the shallower bed and frequent turning, floor malt is more consistent than pneumatic malt. According to The Oxford Companion to Beer, it may be “‘under-modified’ by modern standards,” but this also lends the malt its richer, more intense flavors.

And flavor is one of the key reasons folks get into craft malting.

Mark Brault of Deer Creek Malthouse in Glen Mills, Pennsylvania, explains that for most of the last century malt was treated as a commodity. That owes in part to the ways barley was cultivated to serve the largest producers—who were brewing light lagers.

“Flavor has not been used a selection criterion for a lot of breeding efforts,” says Brault.

Think about that for a minute. We in this country have not been concerned with the flavor characteristics of a foundational ingredient in beer and spirits.

Brault, like Rick Wasmund, wants to change this. Brault left a career with Merck to begin malting, and he tackles his craft with the fervor of both an artisan and a scientist. He analyzes and tracks everything he can, experiments all the time, and looks for creative ways to explain his product to his customers, some of whom get it more than others.

“People want to buy what they’re familiar with,” he says. “We’re trying to innovate, but there are stylistic stereotypes and expectations of what malt should be.”

To overcome his prospects’ hesitation, Brault depends on tastings. He keeps beer brewed with his malt on-site so people can experience the direct connection. He has also found distillers interested in his high-color malts and who are finding flavor differences right off the still.

Flavor “is a lot of what makes this exciting for us,” he says. “[Brewers or distillers] taste our beer and say, ‘Holy crap, this was made with that malt and that malt? I want both of those.’”

The craft maltsters are moving into uncharted territory. Brault points out that, while there are flavor wheels for beer and whiskey, there is no agreed-upon nomenclature or method for measuring and discussing flavors in malt. Each maltster is basically developing his or her own vocabulary based on his or her sensory program.

In the same way, the first maltsters had to build their own equipment. Brault, for instance, repurposed an old shipping container into a deck kiln.

Seth Klann of Mecca Grade Estate Malt in Madras, Oregon, actually designed and custom-ordered his own “walking malt floor.” This proprietary “uni-malter” partially automates the grain rotation with a series of rotating floors. This gives him a bit of the best of both floor malting and pneumatic malting.

Klann, an eighth-generation farmer, started experimenting with malting five years ago using hard red spring wheat from his family farm. Like many of his peers, he had to learn a lot on his own by trial and error, but he had the advantage of growing the grains in his backyard.

Once he caught the bug, it wasn’t long before they were planting barley and building a malthouse and kiln. As an estate maltster, they grow and malt everything on-site, controlling the whole process before the grains go out to the brewers and distillers.

Klann developed a relationship with Oregon State University to research different varieties of barley. Currently, their main varietal is Full Pint, a 2-row barley that has graham cracker and nut flavors.

Klann gives a spiel similar to Brault’s about bland commercial malt. He adds that the industrial, or pneumatic, malting process sacrificed consistency for quantity, so most malts are blended to create the finished product rather than packaged by the batch.

This leads to an efficient malt, but not necessarily the most flavorful malt. “You can make good beer with that,” Klann explains, “but there’s this whole other level of flavor we’re just starting to get to.”

Klann is not afraid to use the word terroir, either. The term simply refers to the effects of local climate and soil on a crop. As a farmer, it makes sense to him that the drier climate of Madras, Oregon, will produce different qualities than the more moist mid-Atlantic clime around Glen Mills, Pennsylvania. In fact, a recent study published in the Journal of the American Society of Brewing Chemists, in which Mecca Grade participated, found some evidence of terroir in a sensory comparison of beers brewed with barley grown in three different regions of Oregon.

Twila Henley founded Grouse Malt House after she was diagnosed with ulcerative colitis, a condition like Celiac or Crohn’s, that forced her to go gluten-free. Unwilling to accept that gluten-free beer couldn’t taste as good as its barley-based peers, she began to experiment with malting gluten-free grains in her kitchen and discovered she could make tasty beers with them.

In 2013, Henley became a founding member of the Craft Maltsters Guild, which is beginning to define craft malt and to help connect maltsters to each other and to what resources are available. They are a cozy bunch at present with just 250 members, but that includes 70 malthouses (including some employees), suggesting that, like craft beer and spirits before them, the craft maltsters are starting something special.

But that is something their craft customers already seem to know. 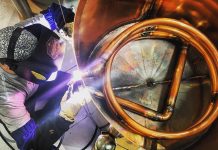 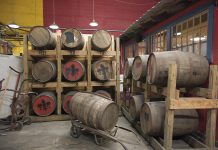