In the age of climate protests and anti-straw campaigns, the word sustainability seems to be on everyone’s lips — and websites. This would be good news to true activists if there were not also a corresponding rise in greenwashing.

Greenwashing is the practice of making claims about environmental responsibility that cannot be supported by the reality of your business practices. The forms of greenwashing are many and varied, and I’ll expand upon six of them below: vagueness, false labeling, lack of substantiation, outright lying in marketing, distraction and “visoring.”

Within the craft-spirits industry, greenwashing becomes relevant as owners work to self-assess their own claims of environmental practice and as they assess claims by suppliers, partners and the brands with whom they choose to collaborate. Becoming a savvy consumer and a savvy purveyor of marketing and advertising claims will be increasingly relevant in the future. We will see more validation of claims, more expectation of third-party certification of claims and more interest from consumers in delving deep on their own substantiation processes.

Since 2009, there’s been a greater than 70% increase in “green” products in the marketplace. This is a response to buyer interest and choice-making. However, a full ninety-five percent of consumer products claiming to be green have been found guilty of some form of greenwashing. Programs have even sprung up to allow greenwashers to get “certified” by third-party entities. To be sure, not all certification programs are created equal. In the for-profit, consumer-facing space, B Corp certification and Cradle to Cradle certification are the highest levels of assessment that a company can undergo to externally verify its claims.

The first step to avoid greenwashing (and the fallout of being called out for it) is to understand what it looks like. Here are six common forms.

Vagueness: It is easy to craft a sentence that implies an environmental practice without actually saying a company engages in it. For example, “We believe craft distilleries should be exceptional stewards of the environment around their distilleries.” The message is one of belief but not of action. It may be crafted in a purposefully vague manner to confuse the consumer. A similar statement could read “Our distillery has 52 daily practices that steward the environment around our distillery, from the merchandise we buy to the sources of our energy and how we handle our waste.”

False labeling: There are very few entities other than the B Corp and CTC that will actively verify claims. For example, if a craft-spirit label uses the logo graphic indicating that the paper they use is FSC certified, who will verify this? The TTB will not. If a company says their glass is made in the USA, few entities can assure that the glass didn’t arrive from China in a container. Consumers rarely follow up on claims like this on their own.

Lack of substantiation: The best example may be carbon offsetting. It is easy for a company to say it engages in carbon offsetting. It is more difficult and makes the company more vulnerable to get specific. How many megatons of carbon were offset and for what activities? How did the offset take place (i.e., methane capture, tree planting, solar installations, etc.)? Who is the offsetting partner and how were the calculations carried out? It is reasonable for a consumer to care about this detail.

Outright lying: Companies occasionally know about an environmental violation but hope no one will notice to avoid bad press. They may be in trouble in a lawsuit for illegal dumping of biomass from their distilling operations. A recent example in the spirits industry is of a company having a known high rate of mortality among the farmers who harvest their base ingredient. The mortality was due to lack of shade, lack of hydration and overwork, causing renal failure. If you went to their website during that time, it would convey with confidence the impressive way they cared for the environment, their community, farmers and employees. Yet all the while they were fully aware that there was a mysterious epidemic taking place in their fields. A transparent company would remove all lofty claims and even consider publicly talking about their concerns and how they were actively working to remedy them. Honesty is a very effective technique in building trust.

Distraction: Straw-free campaigns may be the guiltiest of the art of distraction. A distillery with a tasting room or a company hosting a large tasting event might implement a straw-free campaign in hopes of convincing consumers that they are “green.” Yet, if their events use plastic cups, plastic water bottles, plastic bags and packaging with a plastic capsule or topper, the lack of straws is just a marketing distraction. They still have a single-use plastic problem. A big brand recently gave away stainless-steel straws at an event at Tales of the Cocktail, yet at the same event used plastic cups and gave away plastic water bottles. Is the straw-free campaign truly genuine or just trying to get consumers to talk them up as environmentally responsible?

Visoring: Visoring is the practice of working very hard to ensure someone sees only your environmental message and cannot look beyond the cultivated storyline — like putting blinders on a horse. For example, a company may develop very strong “green” messaging focused on two or three areas of their operation. They reap the benefits and rewards of the marketing message without having to take environmental practices deep into their company ethos. Zero waste is a great example. If a company claims zero waste, there is a high likelihood that they are blinding themselves to some actions in the pipeline that they would rather not see. Where is their recycling actually going? Is it making it out of the recycling center to be truly reused? Or is it ending up in the landfill when demand is low?

A company that is truly sustainable and successfully avoiding greenwashing will:

Claiming sustainability and then being called out for greenwashing may be worse than making no green claims at all. Better to take small, manageable steps with transparency and to grow into greater sustainability than to appear to deceive your customers. 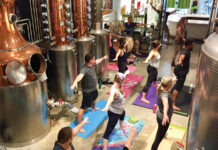 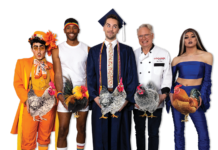 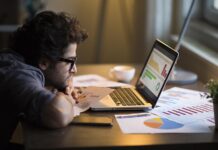