The next time you walk into a craft distillery and see rows of aging bourbon or whiskey barrels, take a moment to reflect on what went into those investments. Every barrel was meticulously crafted and represents a significant investment in the future. Whether a distillery has a dozen barrels or a few hundred thousand, each barrel is unique and important to the distiller. Every barrel represents a considerable investment in materials, labor, utilities, time and even risk. What does it cost to lay down a single barrel, and what kind of reward can be expected on the other side?

According to the Kentucky Distillers’ Association, in 2014 there were over 5.6 million barrels of bourbon aging in Kentucky with a tax-assessed value of $1.9 billion (http://kybourbon.com/bourbon_culture-2/key_bourbon_facts/). That’s an average investment of $339 per barrel, skewed heavily by the largest and most efficient producers like Jim Beam, Heaven Hill and Buffalo Trace, whose size allows for economies of scale that smaller distilleries cannot leverage. What can small craft producers expect to invest when they ferment, distill, fill and age a 53-gallon barrel of bourbon whiskey for two years?

It all starts with the grain. For example, assume a craft distillery has a 500-gallon fermenter and pot still. Depending on the heads, tails and hearts cuts a distiller makes, a 500-gallon pot still will make roughly enough whiskey to fill one 53-gallon oak barrel per day. This distiller wants to make a bourbon mash bill with 70% corn, 25% rye and 5% malted barley. If distillers want to ferment to 8% ABV “distiller’s beer” (or 16 proof), they will need roughly 1,050 pounds of grain in this 500-gallon cook.

The cost of the oak barrel also varies. Given the recent cooperage shortage, a 53-gallon virgin charred oak barrel costs around $250/barrel if it can be found. If a distillery chooses to age in a smaller barrel, such as a 15- to 30-gallon barrel, the cost per barrel could vary between $150–$250. The most cost-effective purchase is to invest in a 53-gallon barrel, but that may not always be available or that may not be the aging profile the distiller is looking for. If a distillery is making a whiskey that does not require a new virgin barrel, they can purchase once-used barrels for roughly $150 per barrel.
(Cooperage: $250+ barrel)

A skilled head distiller and an assistant distiller are invaluable and among the most important inputs into making fine whiskey. In this example, assume the head distiller makes $20/hour and an assistant distiller makes $15/hour. To mash the 500-gallon cook and clean up, estimate six hours of the assistant distiller’s time ($90). To distill the whiskey in a single pass on a hybrid pot still, clean up, and fill the barrels, estimate the head distiller takes eight hours ($160). If a craft distillery has a smaller pot still or runs a second distillation, assume the material inputs are the same, but the labor inputs will be higher. If a craft distillery has a 100-gallon pot still, it will take them roughly five times longer to make enough whiskey to fill one barrel. On the opposite end, a larger pot still or a continuous column still can create much more whiskey given the same labor inputs. (Labor: $290/barrel)

The water, steam, electricity, propane and other utilities used during mashing, fermenting, distilling and proofing will vary from distillery to distillery but could add $50–$150/barrel or more. For this example, assume the distiller uses $100/barrel in utilities. (Utilities: $100/barrel)

While a barrel is aging, it is still costing the distillery money. If the distillery has taken a loan out for the capital to invest in the barrel, the interest on the barrel must be paid. For this example, a distillery has spent $1,110 so far to produce one barrel. The annual interest on a 6% APR bank loan is roughly $67 per barrel per year. Each year the barrel ages, interest expense accumulates. If an investor helps to finance the barrel, a return on the investment or dividend may be expected during aging or when the barrel is bottled and sold. (Interest: $67/year, $134/barrel for a two-year-old barrel)

Other expenses to consider while the barrel is aging are the overhead allocation of climate-controlling the space, insurance on the barrel, rent allocation for the tied-up space and even the opportunity cost of that invested capital. Labor during aging is commonly used to take physical inventories of the barrels, sample a barrel as needed and to identify and repair leaks. For this example, assume the distiller has none of these additional expenses.

In this example, the distiller has invested $1,244 so far into the two-year-old bourbon barrel. The hope is that the distiller can turn that investment into 300 or more bottles of fine bourbon that can be sold to a distributor or through their gift shop. But this investment carries risk. The biggest risk of investing in aging barrels is the probability that a leak could completely drain the barrel. Imagine investing thousands into a barrel only to find it is completely empty when it is time to bottle it. This risk is inherent through the industry whether you fill your own barrels or purchase sourced aged bourbon from another distillery.

That extreme leak example aside, a distiller can expect evaporation and loss over time. For example, filling a 53-gallon barrel at 125 proof deposits 66.3 proof gallons of whiskey into that barrel. That is roughly $18.75 per “original proof gallon” (OPG). Assuming 10% proof gallon loss the first year and 4% loss every year after, a two-year-old barrel will lose 14% after two years. When this example barrel is emptied, 57 “recovered proof gallons” (RPG) are yielded. Combining all input costs to date, the recovered whiskey is now $21.80/proof gallon. As the barrel continues to age and evaporate, the more valuable each drop of whiskey becomes. 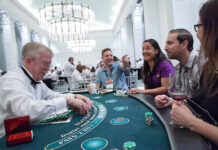 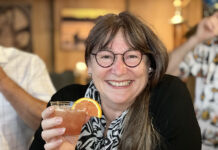 A Nose for Business 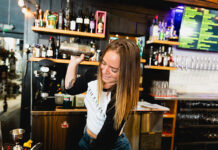 How Craft Is Managing the Labor Shortage, With Insights From Heaven Hill Distillery