The Missouri Craft Distillers Guild is on a roll. Founded in 2018, it’s one of the nation’s newest and fastest-growing guilds. It’s also accomplished a lot in its first four years, including commissioning an economic impact study from the University of Missouri Extension that clearly reveals just how impactful craft distilling is on local economies, tourism, and supplier industries. The guild also secured a new geographic indication for Missouri bourbon with the passage of House Bill #266 in 2019.

It shouldn’t be surprising that Missouri is moving quickly. The state has a long history of beverage alcohol prowess. Brewing giant Anheuser-Busch got its start in Missouri, and AB/InBev still maintains a regional headquarters in St. Louis. Missouri boasts the very first American Viticultural Area in the nation. And, of course, much of the nation’s bourbon ages in barrels made in Missouri from white oak grown white oak barrels.

We sat down with Lynn DeLean-Weber, the president of the Missouri Distillers Guild and co-owner of Edelbrand Pure Distilling, to learn more about how the guild worked with researchers at the University of Missouri, how the study is helping communication with legislators, and the “pleasant surprise” of securing a geographic indication on their very first try.

How did the study come about?

We had heard about farm-to-table and economic studies done primarily in Virginia and Kentucky. We’d talked about it as early as 2018, but we didn’t feel like we knew enough or had the bandwidth to support the project. Then in 2019, the board started having discussions with the University of Missouri. Then the Missouri Department of Agriculture and Small Business Development Authority said they would provide a grant to us to have the study done. So, with a nominal application fee, which I think was either returned or covered by the cost of the grant, we were able to engage a world-class university to do the study.

We hitched our little wagon to a group of researchers, and they looked at us and said, “Tell us what you need to know to help grow this.” There were five objectives: Collect data from value chain businesses, so not only distilleries, but everything that goes into the industry, including hospitality and tours. Then, capture and compare that value chain with those in other states. Then measure the economic activities of all these pieces, to determine what the value of that is. And then capture the potential of tourism around this idea of craft distilling. And last, figure out where the gaps are. Where do we have holes that are holding the industry back? And where are the opportunities?

What were some of the most important findings?

First, we got confirmation that our natural resources and our location are actually verifiable benefits. That is huge. To see that interdependency clearly articulated was probably the most validating thing for craft distillers. For lawmakers, it made it possible for them to see that Prohibition laws still sitting on the books have a real impact on small businesses. I think a lot thought, “there’s not much to starting up a distillery.” The fact is, most distillers take, on average, seven years to break even. That is a number most lawmakers had no idea about.

It also defines the potential. We can look to Kentucky and Tennessee and say, this is what tourism looks like when it is supported. This is what craft distillers can turn into if barriers are removed. We have the history of states sitting around us to show what’s possible. Lawmakers are starting to say, why not us? Why aren’t we doing this?

When we started this initiative, it was literally on the eve of Covid. None of us knew what was coming, and we were all full of optimism. Distilleries were expected to double their growth in the following year. At first we thought, “Oh man, we’re kind of screwed.” However, with a few years behind us now, we feel pretty glad that the study happened. It put a stake in the ground. Covid didn’t stop or reduce us. We have grown from 26 to 39 distillery members in our Guild over the last 24 months. I just reached out to the folks at the University of Missouri to see if it’s time to consider a follow-on study, since so much has changed.

Can you tell us about the new Geographic Indication for Missouri bourbon?

When we came up with the idea of defining Missouri bourbon as a category of spirits, we were honestly trying to float a trial balloon. We didn’t know what the legislative landscape looked like for distilling. We had a good feel of what it looked like for wine and beer, but these are industries that have lobbyists and executive directors. And here we are, hoping we can just get a seat at the table. We’ll even sit along the wall.

Then this idea of a Missouri bourbon came, and we said, let’s just put it out there, because we believe it deserves this distinction. And, in fact, it was unanimously passed by the House. We just did not expect it, quite honestly. We were really pleasantly surprised. It got the attention of our lawmakers by underscoring that related industries are deeply involved. This is a spider web. The distilling industry depends on a lot to get one single bottle out and onto the market. For the first time, our legislators saw that interdependency and connection, that there’s potential here that is untapped.

Any tips for distillers in other states who might be interested in getting a similar study completed?

I would start with extension offices, and I would go to a university rather than something smaller because of their connections and resources. I would definitely look at a grant opportunity. When we pulled together an executive steering committee we included some industry allies, including corn and cooperages. Look widely around. You want different viewpoints. You don’t want to be navel gazing. And then work with an extension office, because they’re out there, and they’re looking for ways to engage their researchers.

You also have to be prepared to help researchers understand the distilling industry and how it looks in your state, even before the study starts. You’re not hiring them and then handing off the project. You need to be willing to devote as much time as they are. They will need guidance. Our first round of survey questions was not fully fleshed out, because researchers have no basis of understanding the industry. If you don’t have a team of people to devote to the relationship, you’re wasting your time and theirs, and you’re going to be frustrated at the end. And then, while they’re doing the survey, you need to be working on how you’re going to communicate the results and who you’ll send them out to.

Want to know more? Sign up now for ADI2022 in St. Louis, Missouri, where attendees will get the chance to taste Missouri spirits and talk with dozens of producers–including Lynn–at the Missouri Distillers Guild tasting. 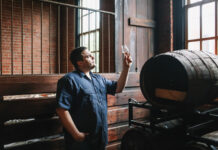 A New Page for New Liberty 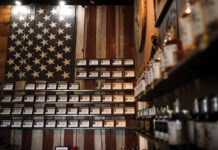 Of Valor and Value 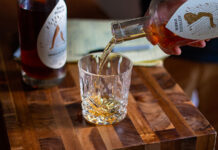