New Orleans’s celebratory spirit and joyous sensuality is unmatched. As one of the world’s truly great drinking cities, its crucial place in cocktail history includes being the city where many of history’s best cocktails were invented: Sazerac, Ramos Gin Fizz, Vieux Carré, Absinthe Suissesse and Absinthe Frappe, to name but a few.

The Big Easy is also home to some of the most historically preserved bars, the kind of bars where, sadly, the drinks are not good but the atmosphere is, “bar none,” an unparalleled step back in time. Examples include the truly magical pirate hideout Jean Laffitte’s (https://www.lafittesblacksmithshop.com/); the musty Old Absinthe House (http://www.oldabsinthehouse.com — head to the back room to see the historic absinthe fountain); Tujague’s (http://www.tujaguesrestaurant.com), home to top-notch Sazeracs since 1856; the tiny, elegant French 75 (http://www.arnaudsrestaurant.com/bars/french-75/) bar at Arnaud’s; Pat O’Brien’s (https://patobriens.com/new-orleans/), which created the Hurricane cocktail in the 1940s; and 1700s historic treasure, Napoleon House (http://www.napoleonhouse.com/), famous for their (subpar) Pimm’s Cup. No other city in the world has an equal number of historically important bars still going strong.

While New Orleans was late to the latest cocktail renaissance of the last couple decades compared to the cities that started it (New York and San Francisco), once Cure opened in 2009, bars of varying styles begin to trickle in, providing more options and range in this historic bar mecca. Tiki shines in Jeff “Beachbum” Berry’s Latitude 29 or Tiki Tolteca, hidden upstairs above Felipe’s Taqueria. Bubbly (and beyond) cocktails center the airy Effervescence Champagne bar (https://www.nolabubbles.com/). And even the sweets-centric bakery and cocktail bar, Bakery Bar (http://bakery.bar/), serves a mean dessert cocktail, like a classic Pink Squirrel.

Of course, New Orleans food is a national treasure and unique in the world. Its music scene is equally vibrant and historically — and currently — unmatched anywhere. Altogether, this multifaceted city is one of the most exciting, if complicated, places on Earth. Its vibe and influence is mighty, especially for a smaller city. Many cities house more interesting or cutting edge bars, but what New Orleans offers is rare at all the aforementioned bars. Here are 10 of the standouts today.

If you make it to only one bar for a sense of the “real” New Orleans, make it Chris and Laura McMillian’s welcoming Revel Cafe and Bar. Grab an Uber or streetcar to Midtown and it will be worth it to experience classic NOLA cocktails as they were meant to be. Chris studies and perfects the history of NOLA drinks from the Sazerac to the Ramos Gin Fizz. No one makes a better version of them anywhere.

What to Drink / o not miss his Ramos, but he also has perfected the Mint Julep over the decades (he’s been known to recite a poem to the Julep from the 1800s when he made them in the past). Also, go off the beaten path and order an Absinthe Suissesse, one of the lesser known NOLA creations that should be a standard classic. In its anise and almond-forward glory, this creamy absinthe-orgeat cooler is one of the underrated classic New Orleans cocktails. Chris is a lifelong bartender who is a true example of the best of the craft with his laid-back hospitality and knowledge of the classics.

Despite the odd hotel lobby setting in the International House — with lush red-velveted banquettes and candles — Loa has been a pioneering New Orleans bar for a decade, thanks to Alan Walters. His creative cocktails and savvy use of spirits, from amari to herbaceous liqueurs, was years ahead of the rest of the city, which stayed solely in old-school mode long after other major US cities boasted lively cocktail scenes that included everything from classic to forward-thinking bars. Walters was the most progressive in town early on in featuring rare and quirky small-batch spirits. His other passion, music, also gets center stage with events like their live singer-songwriter series.

What to Drink / his was the first place in New Orleans to master culinary cocktails, like the Green Door, a Green Chartreuse cocktail beauty mixed with fresh pressed apple, mint, lemon, basil and Philadelphia’s SAGE liqueur. Even 10 years ago, this was a prime example of the type of unique freshness you could expect on Walters’ menu.

When it opened in 2009, Cure garnered a lot of attention in NOLA as a welcome change of pace, offering contemporary and classically influenced cocktails versus the typical classics easy to find in NOLA but not always well made. Yet early on, I found Cure not competitive with the best in the country. I feel the Cure team’s Bellocq was their best, most unique bar (a cobbler/low-proof/fortified wines bar), sadly closing in 2017. But when they opened Cane & Table in 2013, it quickly became a Quarter institution with its strong rum selection, atmospheric space and only-in-NOLA back patio that feels like stepping back a couple centuries. If it’s between here and Cure, I’d go here every time.

What to Drink / he menu changes, but classically influenced house and rum drinks are well balanced, with some of the best being their exceptional low-proof drinks (hearkening to Bellocq), like a pink Eastern Cottonwood or Madeira punch kicked up by Curaçao and Yellow Chartreuse. Even spirituous drinks, like the Manhattan-esque Cast Away, get a tropical whisper served over a frozen sphere of coconut water.

Meauxbar is a French Quarter gem for dining and drinks, delighting with crab panzanella salad, classic NOLA yak-a-mein noodles in broth and a pitch-perfect Louisiana Gulf fish amandine: fresh fish of the day crusted in almonds, partnered with popcorn rice and haricots verts. Alongside a tight wine, beer, vermouth and sherry selection from beverage director Gillian White, cocktails keep step, grouped by flavor profiles like “sultry and smooth” or “strange and adventurous.”

Arguably NOLA’s most famous bartender, Chris Hannah (see bar manager interview in Summer 2014 Distiller [https://distilling.com/distillermagazine/interview-with-bartender-chris-hannah-of-arnauds-french-75-bar/]) left over a decade at the legendary Arnaud’s French 75 Bar to help open pocket-size Manolito in 2018, then Jewel of the South in 2019. Manolito is a closet-sized French Quarter newcomer tributing both Cuba (in Cuban food and photos) and rum, which Hannah opened with fellow NOLA bar pioneers Nick Detrich and Konrad Kantor.

What to Drink / he menu doesn’t push boundaries but does right by rum cocktail classics, Daiquiri variations and an entire frozen cocktail section of classics, such as the Hotel Nacional and Piña Colada. Frozen Banana Daiquiris and Daiquiri Menta (mint) are house favorites.

The divey side of things gets proper treatment at Bar Tonique, an ideal, late night dive at the edge of the Quarter, facing Louis Armstrong Park. The dim, brick-walled space, with alcove and banquettes, centers around a square bar where bartenders tirelessly shake up affordable classics, including a perfect Ramos Gin Fizz when it’s not too busy (if it is, they can’t make them).

What to Drink / his is not the place for cutting edge or even exceptional classics, but whether Last Word or a Corpse Reviver, drinks are well made and — best of all — fall mostly in a crazy-reasonable $7–9 range.

What to Drink / longside wines from Slovenia to Sicily, a short list of house cocktails includes the likes of The Many Moods Of…, a layered drink of mezcal, Bonal (French aperitif), Cocchi Americano, lemon and simple syrup.

Dwarfed by the modern Ace Hotel New Orleans next door, cozy-dim Seaworthy is an 1832 Creole cottage that feels like stepping back in time. It’s also a destination for wild and sustainably harvested oysters from the Gulf and East and West Coasts, as well as quality seafood dishes that showcase local fish. But cocktails are likewise where Seaworthy shines, alongside a strong rum selection.

What to Drink / racing Holy Water is their signature cocktail, featuring a house blend of spiced rum including Hamilton Guyana 101 overproof rum, steeped with cloves, orange, cinnamon and vanilla. Also look for creative sippers on the changing menu like You’re Kiwi-ing Me, Smalls, intriguingly combining the same rum blend with kiwi, pasilla peppers and raisins. 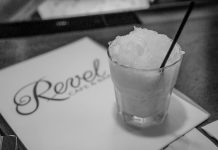 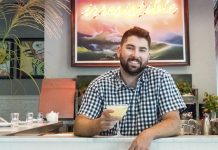 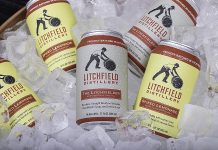 The Skinny on Canned Cocktails