2018 was widely touted as the Year of the Woman by The New York Times, The Brookings Institution, CNN and more.

The year brought heightened awareness and dialogue initiated by women who contend with sexual harassment at work. High-profile actors toppled from grace for sexual predation. Prominent chefs and bartenders were ousted from well-loved spots for assaulting female employees. Politicians and their appointees were accused of bad behavior on national television.

It was also the year The McKinsey Global Institute and PitchBook gave us new data on how women are faring at work, in their own businesses, in venture capital deals and corporate leadership. The study results were dismal. “Progress on gender equity at work has stalled,” according to the McKinsey authors. Women are underrepresented in every aspect of American business; ownership, management, C-suite, bank financing and venture capital. They face everyday discrimination. Of those in senior leadership, 55% report having been the target of sexual harassment. Lesbians and women of color face the highest hurdles.

According to the McKinsey Global Institute, women “onlys” must provide evidence of their competence 38% more often than their male colleagues and they have their judgment questioned 23% more often. They are mistaken for someone at a much lower level 26% more often and they endure demeaning remarks at work 16% more often.

The Year of the Woman? It may be better characterized as “The Year of Understanding the Troubling Landscape of Women at Work.” This was overdue. But progress? Progress has been limited.

Female founders of alcohol beverage companies are having trouble accessing capital to grow their companies. In fact, they generally access 2% of the venture capital funds in the US, and 4% of total venture deals (meaning the investments they do receive are smaller than male-founded companies). The decision-making bodies at banks and venture capital firms remain 92% male.

In late 2018, Constellation Brands launched the first-ever venture fund committed to investing in female-founded alcohol beverage companies. This will represent exciting progress, provided that the fund evaluates applicant companies differently than “business as usual.” The steering committee for this “Future Is Female” venture fund remains all men. Yet companies founded by women produce disproportionately better results.

“Businesses founded by women ultimately deliver higher revenue—more than twice as much per dollar invested—than those founded by men, making women-owned companies better investments for financial backers,” according to a report by The Boston Consulting Group. Female-founded companies, when they do succeed in attracting investment, which is exceedingly rare, receive $1 million less than men with similar projects. Yet they do a better job of spinning the funding into returns, most likely because they have to be frugal, scrappy and visionary to survive.

It is commonly perceived that women prefer to focus on family, take time off to raise children, and avoid the responsibilities that accompany ownership and high-level leadership. It is often believed that women fail to negotiate well for venture deals, raises and promotions. But these traits apply to only about 2% of women. The rest are dedicated to advancement, bring equivalent skills, are willing to do the work required and are in it for the long game. So why the sparse progress?

According to McKinsey, it is the “microagressions” endured at work (sexual harassment, demeaning remarks, and being forced to daily justify their strategies, actions, decisions and intelligence) that cause half of women to abandon the path to success. The cost of success becomes too high.

Those who might bring progress, those sitting in the high decision-making chairs, believe their work is already done. When women represent 10% of leadership, male leaders believe they have achieved their gender diversity goals.

So what can we do?

Here is a 10-step plan to improve gender representation, retention and satisfaction in your company:

Assess, educate and inform yourself and your crew about why diverse work environments are more vibrant, successful and collaborative and what the realities are within your own company. Start with buy-in.

Develop a diversity plan for your company and make it ongoing—a path and not a destination. Use professional resources because if you don’t, the plan will reflect your company’s preexisting biases rather than eradicate them.

Enroll board members, investors and employees (of any gender and background) in an implicit bias training. We rarely understand our own biases, and women are not immune to perpetuating stereotypes. A good training will address gender as well as race, ethnicity, religion, sexual orientation, economic class and other areas.

Accept that you are not naturally likely to get applicants (for jobs, for money/venture, for whatever you offer) who represent a diverse pool. But your employee group inside your doors ought to look a whole lot like the people outside your door. Reaching them may take extra work. Create your own diverse applicant pool by advertising and recruiting beyond the boundaries of your comfortable network. Use professional resources.

Create an internship or training program to recruit and train women, LGBTQ and people of color directly and cultivate their skills yourself.

Create an internal fund to invest in, send for training and professionally develop underrepresented employees in your workplace. Hire them even if they aren’t the most qualified candidate.

Be aware of reverse discrimination. In order to right the wrongs of decades, we may feel compelled to swing the pendulum far to a new side. There may even be room for this strategy. However, we don’t want to become perpetuators of what we dislike if our workplace is unfriendly to coworkers with any trait they did not choose.

Develop an SOS system that allows coworkers to quickly flag and report incidents of bias, abuse, harassment or derisiveness before the incidents become engrained in workplace culture. Believe them.

Help your coworkers understand the differences in communication between the genders. Differences exist and are part of what makes diverse workplaces so vibrant. Use professional resources to cultivate this understanding internally.

Identify microaggressions in the workplace—define and describe them visibly. Refuse to tolerate their existence through strong policies and decisive disciplinary action.

Until women access half the venture money, make up half the decision-making bodies, start half the country’s new companies and occupy half the leadership and crew positions, our work will not be done. 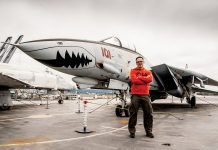 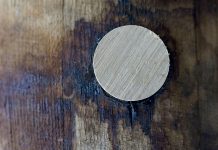 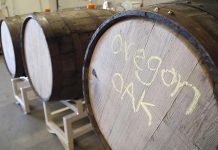 Was the Emerald City a Mirage? How Portland, Oregon, has Gone from Distiller Mecca to Distiller Minefield