As small business owners and distillers, I’m willing to bet that many of you are on Instagram. And if you’re not, I’m willing to bet that you’re considering it. Smart move. Social media is a great tool to grow your business and increase brand awareness and purchases. Out of all of the social media platforms, Instagram is probably the hottest and most relevant to those of us in the craft-alcohol industry. Why? Because there are a lot of craft-alcohol enthusiasts hanging out on Instagram just waiting to be introduced to your brand! But how do you ensure they find you? Well, my friend, hashtags are a very good answer. So let’s break down the wide, mysterious world of hashtags and get you using them correctly. They are a fun and convenient tool to help grow your business.

Let’s get something out of the way, right now. Why bother with hashtags at all? It’s so much easier to just post your content and move on, isn’t it? Could putting time and effort into perfecting your hashtag strategy really be worth it? In a word: yes! Here’s why:

First, hashtags help potential new consumers in your niche find you — meaning you get new followers who may eventually turn into consumers and purchasers of your craft spirit.

Honestly, if you do this right, it’s one of the best ways to grow your audience and brand awareness. You bet you want people following #craftspirit or even something like #austinmade to see your post! Because they’re clearly into craft spirits and products made in your local Austin location. Can we say perfect consumer?

Second, hashtags help current and new followers better engage with you. Now that Instagram allows consumers to follow hashtags (instead of just being able to follow people), those consumers have a better chance of realizing that you are talking about content they really care about.

And you know what consumers do with content they actually care about when it shows up in their feed? They like it, they share it, they comment on it. Hashtags help ensure that your posts get in front of the people who are actually excited about the subject whether they’re following you or not.

OK, so now that you’re sold that hashtags will make every single one of your Instagram posts work harder for you, let’s get into some current best practices.

Where to put the hashtags? Currently, the best practice is to put hashtags in the caption (not in the first comment, as used to be best practice). Just use three to five leading dots between your caption and hashtags to create space between them so your caption is still clean and reader friendly.

If you have a branded hashtag (like ours: #tipplernation) it’s OK to put that one directly in the caption since you want your audience to start recognizing and using it.

How many hashtags? Thirty hashtags maximum are allowed, and if you’re trying to grow, you really should use all 30 on every post. However, make sure to use different sets of hashtags regularly. If you use the same ones over and over it flags Instagram’s algorithm and you could potentially get shadow-banned or simply shown to less of your audience — which is the opposite of what we’re trying to do here!

When you begin to type a hashtag, IG shows you a list of similar hashtags as well as how many posts include each one. You may be tempted to include those hashtags with higher numbers on the logic that they’re more popular. However, for IG handles with less than 10,000 followers you should really stick to those hashtags that have fewer than 20,000 posts associated with them — maybe even closer to 10,000.

Why is smaller better? Well, the turnover in the bigger hashtags is so rapid that smaller brands simply will get lost in the noise until they’re big enough to compete.

Don’t bother with any hashtags under 5,000 unless it’s your own branded one (or the occasional cutesy one related to your caption).

So where to start? I’ve listed some of the best craft alcohol-related hashtags at that roughly 10,000–20,000 level HERE, so you have a good library and can be regularly switching them up. Remember, if you use the same ones over and over it flags IG’s algorithm, which over time makes your content less visible to your audience.

How to manage this? I keep all of my hashtag sets saved in the notes on my phone so I can quickly grab, copy and paste when I’m ready to post. Certain social media scheduling tools also allow you to save them in the system for ease of use.

Ready to do this? Want to be an overachiever? Awesome! To really increase the odds of others seeing your post and finding you, do the following:

Before Posting — Go into three to five of the best hashtags you’ll be using in that post and like/comment on the top posts with that hashtag. And, yes! If you get good at this whole hashtag game, soon enough some of your posts will be featured in this Top Posts section!

After Posting — Immediately go back into those same few hashtags and like/comment on some recent posts with that hashtag. This is important to do quickly while you’re still online so you don’t forget.

Join an IG Pod —  Pods are groups of similar accounts that commit to liking, commenting and sharing each other’s posts regularly to help drive engagement and visibility for each other. While pods specific to craft alcohol can be hard to find, they do exist.

Are you ready to up your Instagram hashtag game? As you get started, make sure to share all of your marketing successes, questions and frustrations with us here at ADI by using the hashtag #ADI on Instagram and Twitter so we can support and engage. 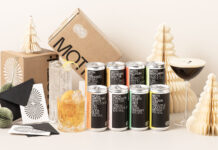 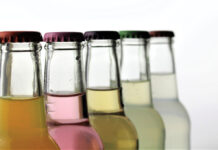 A History of RTDs 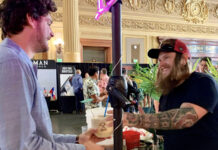