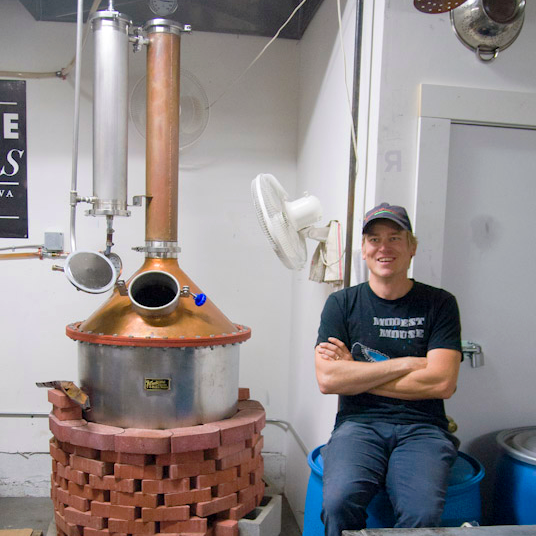 Ben Capdevielle was the founder and distiller at Captive Spirits Distilling in Seattle,Washington. From 2010 to 2019 Ben oversaw production of Captive’s flagship Big Gin and barreled expressions. Before opening the distillery, Ben was working in bars in the Seattle area for ten years. In 2014, Bourbon Barreled Big Gin won the glass trophy for Contemporary Gin from the International Wine and Spirits Competition in London. It was the first and only American gin to ever do so in the history of the competition and still remains so. Aside from distilling, Ben is an avid gardener, fisherman, home fermenter & snowboarder. Ben currently lives in Seattle with his daughter Stella Rye and his wife, Holly Robinson.