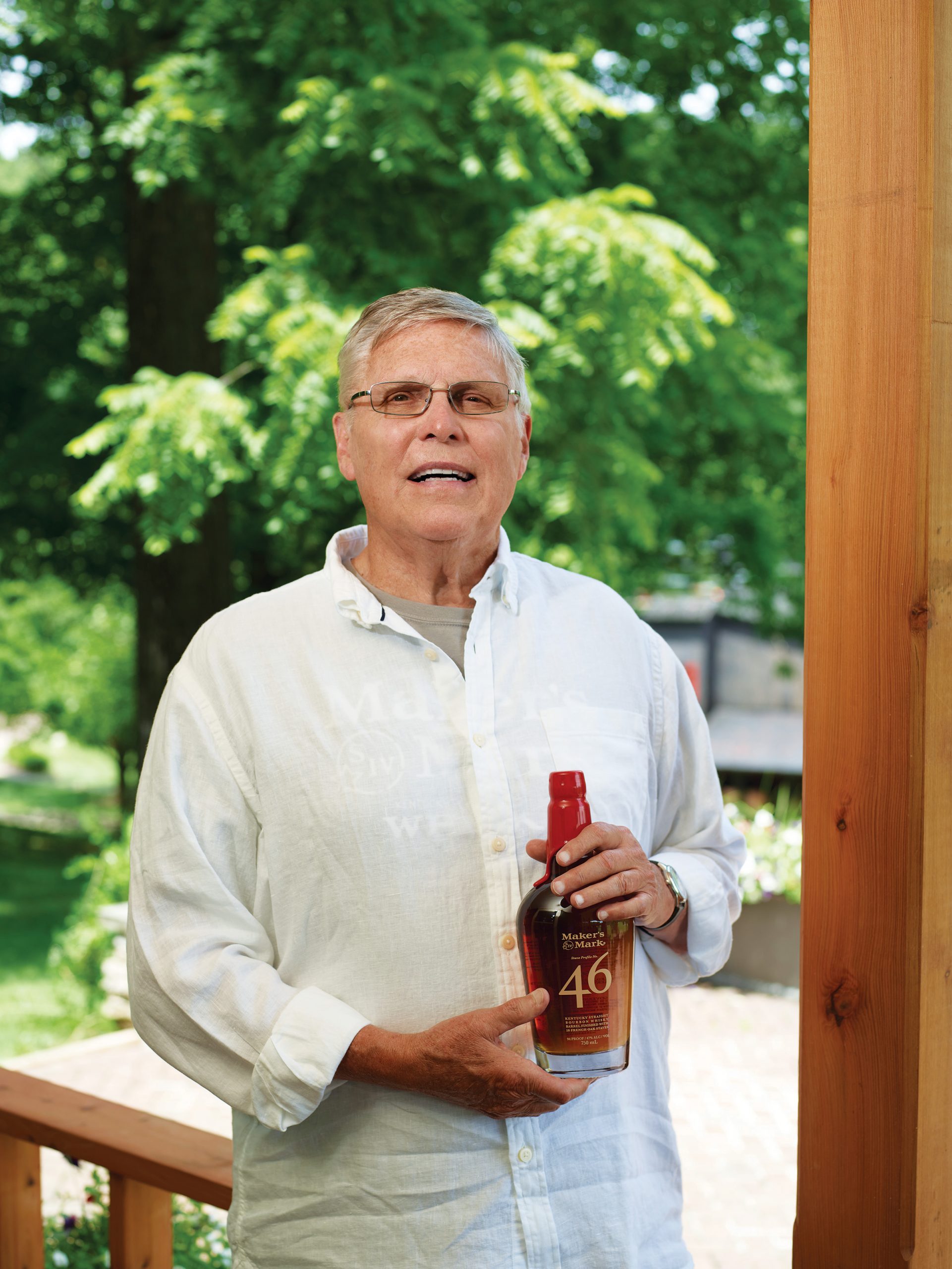 While his parents forever changed the bourbon industry with the introduction of Maker’s Mark Bourbon in the early 1950s, Bill Samuels, Jr., was born into a family that had been making whisky in the U.S. for six generations. In 1784, Robert Samuels mustered out of George Washington’s Army, resettled in Kentucky with his father’s 60-gallon copper still, and began a tradition of distilling success. Bill, Jr., carried that torch as President and CEO of Maker’s Mark for 35 years and today that tradition continues under the guidance of his son, Rob Samuels.

Bill grew up on Distiller’s Row in Bardstown, Ky., as the son of Maker’s Mark Founder Bill Samuels, Sr. and godson of bourbon legend Jim Beam. His teenage education included a first look into salesmanship driving Colonel Harland Sanders around Kentucky just as he was launching his now-infamous chicken business. Later, when it came time for college, he decided to pursue a career in engineering, where he studied rocket science and solid propellants. In fact, he helped design both the Gemini and Polaris missiles and became friends with the founding administrator of NASA. Then, it was on to law school and the White House (as an intern) before joining his father in the family business.

Bill Samuels, Jr., assumed leadership of Maker’s Mark in the mid-1970s and looking back, knows that he did at least one thing right: he followed his father’s stern but simple piece of advice to not “screw up the whisky.” Despite the labor-intensive, largely inefficient methods used to craft Maker’s Mark, he stubbornly stuck with every step of the process his father perfected, even as the brand – and demand – grew exponentially over the years.

To this day, Bill humbly attributes the success of Maker’s Mark to having really smart parents and some very good luck. Nonetheless, some of his contributions to the brand and the bourbon industry are certainly notable and include:

Just like his forefathers, Bill is a true champion for his community, having chaired the board of more than 25 different non-profit organizations over the course of his career. For all of his efforts, he’s been recognized as Kentucky’s Entrepreneur of the Year on three occasions and was named Louisville’s 2004 Citizen of the Year. Further, he was honored by Ernst & Young as Kentucky’s 2011 Lifetime Achievement Entrepreneur, was inducted into the Kentucky Business Hall of Fame in 2006, and was part of the inaugural class of the Kentucky Bourbon Hall of Fame in 2001.

Retirement doesn’t exactly suit Bill, who has never sat still a minute in his life, so instead of heading off to the golf course, he is now Maker’s Mark Chairman Emeritus. It’s a role perfectly suited for the very first Maker’s Mark Ambassador as he gets to: travel around the world, introduce Maker’s Mark to folks and share a story or two about all of the incredible history he’s been eyewitness to.