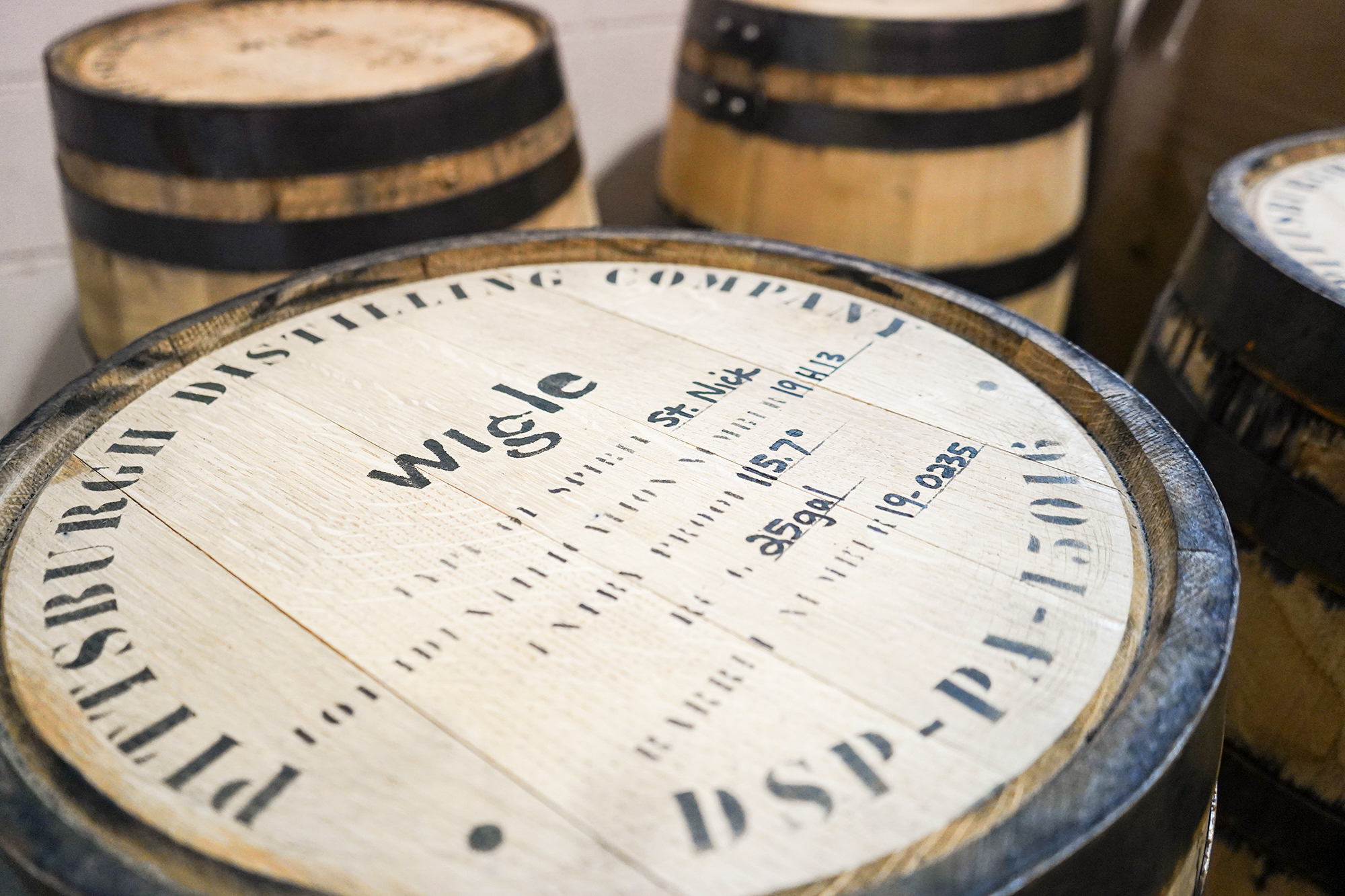 A decade after being founded as Pittsburgh’s first distillery since Prohibition’s repeal, Wigle Whiskey has just doubled its distillery space. The Strip District neighborhood site now features a full service restaurant, bar, retail bottle shop, dedicated tour and event spaces and three interactive historical vignettes. “This represents a huge step forward,” said Meredith Meyer Grelli, co-owner of Wigle Whiskey. She noted that a decade past it wasn’t yet legal to sample and sell its craft spirits directly to consumers. Concurrent to their 2010 launch Meyer Grelli and her husband Alex had been instrumental in lobbying the state of Pennsylvania in changing the law to allow them to do so. “There was significant risk and we had no plan B,” she said, adding that Wigle had until now operated in a tight 3,500 square feet space and that “every space has served multiple purposes, no one had dedicated work space, and we’d curtailed programming and production as output has increased along with expanded safety protocols.” Wigle has purchased their distillery building in addition to the building next door. Tour guests now have a dedicated, air-conditioned tasting space separate from the production area with the new facility including an expanded event space for public and private events.

The three interactive and selfie-ready vignettes tell the story of Pittsburgh whiskey including those of whiskey-turned-steel moguls Henry Clay Frick and Andrew Mellon and of the Whiskey Rebellion. Guests can also walk through a pre-Prohibition whiskey timeline designed by three local artists and designers reflecting the historic and contemporary positions Wigle embraces.