The forested valleys of the Heavenly Mountains of Tien Shan are among the most isolated areas on Earth. Yet the apple, which is thought to have originated there, has followed nearly everywhere that humanity has tread. The apple’s ability to thrive, diversify and meet the climatic and aesthetic needs of a diverse array of human cultures is incomparable. The apple is such a powerful instrument of human life on earth that it is often portrayed as the vehicle of humankind’s first betrayal, its fall from grace, the anguished and persistent separation from paradise. Perfection was realized and lost in the same moment.

The twin arts of distilling and cider making are at an inflection point in North America. While the last half of the 20th century saw massive contractions in the genetic diversity and geographical footprint of apples, a sentimental and desperate effort has emerged to preserve the apple, its variations and the lands it held fast with its winding roots. There is wide consensus that this fruit is such an intrinsic part of our heritage, our diet and even our identity that extraordinary efforts must be made to retain the land it is grown on and explore its myriad historical uses in an effort to rediscover what was once seen as a foundational element of the great experiment that is the United States of America.

Yet within this recently rediscovered fidelity, we have yet to truly look at the full spectrum of the apple and its capabilities in a way that will allow us to unlock the secrets of the products we fetishize. Look to any nursery catalog for what is today considered a “cider” varietal and you will be confronted with fruits as devoid of fermentation character as the Liberty or Macoun. Wonderful fruits to picnic with or pack in a lunch, to be sure, but tell me: could you tell the difference between a Fuji and a Gala while blindfolded? If you can I suspect that you are either an apple grower or super-taster. I sure couldn’t. The simple fact is that while there are differences among these varieties, they are all representative of a very narrow band of the spectrum that the apple describes. They are sweet, first and foremost. A little tart, but not too tart. A bit tannic, but not too tannic. Aromatic, but… well, you get the picture. It’s almost as if, in misappropriating the term “cider” to mean juice we lost all context for what cider is capable of, what it really tastes and smells like and how to make the stuff great. Orwell’s Newspeak written in the banality of the last neon-green, sour apple dregs at the bottom of a spent bag of Halloween candy.

Then what are “cider” apples? And why are some cider makers so enthusiastically promoting one-dimensional varieties such as Red Delicious and Granny Smith as some sort of single-varietal high-water mark? Why do the ciders and brandies that are currently flooding the market taste more like that green perversion and less like the fruit itself? As with all human quandaries, the answers are complex and they have as much to do with logistics and the history of agriculture as they do with any aesthetic decision made in a cider maker’s R&D lab.

To begin unpacking these questions we must first look to the cultures that have defined cider and its attendant spirits. The most highly regarded ciders come from Somerset, England; Asturias, Spain; and Normandy, France. Though each bears its own unique characteristics and have ardent supporters, only Normandy has the well-earned reputation of the home to cider’s greatest spirituous progeny, Calvados.

Within these areas, cider apples are generally compartmentalized and classified by their major components: acid, sugar and tannins. Though some go as far as to make sub-classifications as specific as BitterSweet, Bittersharp, Sharp and Sweet, the broad characteristics are defined by these three traits and for our purposes we won’t favor one system over another. So why these three traits? Just as in wine grapes, these characteristics define how a cider fermentation will behave, how its flavor and aroma will develop, the final alcohol content and its cellaring requirements. In fact, in Norman cider production, apples are blended to target a specific final alcohol-to-residual-sugar ratio that defines it as a particular cider style or as a candidate for distillation. A blend for a Brut (extra dry) cider will be functionally different from a Demi-Sec (semi-dry) or Calvados blend.

Though cider blends are assembled and produced in a manner similar to wine, there are a few fundamental differences in the two fruits that heavily influence any comparison. The first is simply overall sugar content. Wine grape must tends to fall in the range of 20-25º Brix (1º Brix = 1 gram of sucrose in 100 grams of solution or 1% w/w), while apple must rarely tops 10º Bx. This represents not only a dramatic difference in alcohol content, but also implies something about the density of flavor and aroma characteristics. A fresh wine grape can be absolutely overpowering to the senses. They are often mouth-puckeringly sour, treacly sweet and incredibly astringent all at once. It is impossible to find a culinary apple that even begins to approach these radical ends of the spectrum, and for good reason. High sugar apples brown immediately, very few consumers prefer sour apples, and almost nobody wants their apples to be astringent, especially sweet-toothed Americans.

Varietal development in the United States was largely defined by westward expansion. The apple was considered a critical component of a homestead and was one of the first crops planted. It not only provided sustenance and the ever-elusive experience of “sweetness,” but the cider produced from the trees that were planted was often a rare source of safe hydration. In fact, from 1792, the Ohio Company of Associates began awarding land grants to homesteaders that were willing to plant 50 apple trees and 20 peach trees within five years of settlement. Such was the primacy of the apple in the foundation of modern America. Whereas European cider plantings, being much more antique, employed a vast array of varieties exhibiting a veritable pantheon of flavors and aromas, North American plantations tended to focus on one or a few varieties that were suitable for eating fresh as well as for cider making. This meant that favored varieties tended to have a bit of every major characteristic without pitching too wildly toward one or the other. Kingston Black, Esopus Spitzenberg and Newtown Pippin were highly prized for their ability to produce exceptional single-variety ciders. To this day, some of the best ciders on the U.S. market prominently display these varietal names to distinguish themselves from their peers.

However, even these varieties don’t quite approach the dynamic range found in old-world ciders and consequently their distilled spirits are often thin, weakly-flavored and overly-oaked when compared to the divinity that is Calvados. The average Calvados blend will feature dozens of varieties, some grown solely for their use in Calva production. Some are so astringent that the mouth rejects them like an errant wasp. Others are so acidic they seem to belong in the Citrus genus. I have tasted apples that smell of both pineapple and clove. I have sampled the same variety in two different orchards that tasted of mace in one and lemon curd in the other. The flavors and aromas are vibrant, distinct and loud. This has as much to do with the varieties themselves as it does with the way they are harvested. In America, we tend to pick fruits by hand at a fairly early stage of ripening. In fact, if you cut open an apple and coat the flesh with iodine, the iodine will often blacken from the center of the apple out, indicating that not all of the starches have fully converted to sugars. In Normandy, apples are wind-fallen or shaken from trees, meaning that the apples are allowed to fully saccharify on the tree, a critical consideration. Just as in wine grapes, the period of veraison, or organoleptic development, happens at the very end of the fruit’s development. By the time most apples would have reached veraison, they have been coated in wax sealants, treated with calcium chloride and packed in a truck bound for the nearest Walmart or Kroger. To achieve great apple spirit, the maturation and variations in varietal character should be a primary consideration.

As distillers, we take a vanishingly small percentage of the original raw material as distillate, inevitably leaving most of the ephemeral flavor and aroma behind. The deck is heavily stacked against producing remarkable spirits from apples. Across industries we see a sustained interest in quality and authenticity and away from production efficiency and rock-bottom prices, yet many in our industry have been solely focused on how quickly we can ferment, distill and “age” products. This has served to get a fledgling industry out of the nest, but it will never work for the uniquely delicate apple. If we truly want to achieve greatness in our products, we must look to the methods of antiquity. They are almost always cautioning us to slow down and allow ourselves to recognize and honor the spirit of the fruit. Perhaps in doing so we can reclaim some of our own heritage as well. 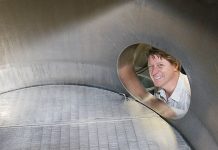 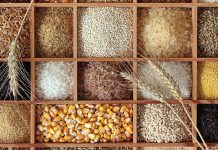 Excerpt from Shots of Knowledge: The Science of Whiskey by Rob Arnold & Eric Simanek 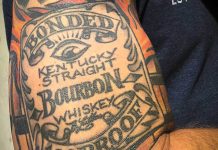 What the Bottled in Bond Act of 1897 Means Today