Last year began with a measure of relief mixed with uncertainty as the two-year Craft Beverage Modernization and Tax Reform Act (CMBTRA), which reduced the federal excise tax (FET) rate paid by distillers had just received a one-year extension. The industry faced a 400% tax by the end of the year, unless the law were made permanent.

In February of 2020 ADI held the annual Judging of Craft Spirits, and we were delighted to see the continued increase in participation as well as the overall quality of the spirits submitted. This year’s judging will — with some luck — be held in person in June. Awards will be presented at the 2021 conference.

But shortly after the judging wrapped, COVID business closures and stay-at-home orders were enacted all over the country. The industry fundamentally changed that day, with on and off premises sales curtailed or eliminated for craft distillers. However, a new and unexpected opportunity arose, as hand sanitizer supplies dried up and demand skyrocketed a thousand-fold. Many — if not most — craft distilleries stepped in to make hand sanitizer for their communities, which served both as a help to the community and a temporary boost to many cash-strapped distilleries.

For most of the spring and summer hand sanitizer was the biggest topic in the industry, as supply chains dried up a mad dash and ensued to source hydrogen peroxide, glycerin, bottles, and raw ethanol. By the summer most of the demand for hand sanitizer had evaporated and distilleries moved back to spirits production, although a few have ramped up and continue making the product.

In Q2, as a result of nationwide business closures, the distilling industry saw layoffs in the neighborhood of 40% or more of the entire labor force. A few states granted a measure of relief distilleries with tasting rooms by relaxing rules around direct-to-consumer (DTC) sales and to-go cocktails.

One thing that has become very clear in the wake of the emergency closures is that the laws regulating US distillers are very uneven from state to state. Pennsylvania, for example (and a control state) may have the most progressing laws in the country. Consumers can purchase tastings, cocktails and bottles without restriction, and they can have bottles shipped directly to their homes. Distillers may also sell products at farmers markets and ship directly to bars and restaurants. The Pennsylvania model is one that we would like to see enacted in all 50 states.

With in-person gatherings deemed unsafe, the ADI annual Craft Spirits Conference & Vendor Expo, originally scheduled for April in New Orleans, was delayed until July, and was held as a virtual event. In one way this is something we have considered for a while — live streaming the conference from the event space, and holding a virtual event synchronously. It’s something we’d like to explore more in the future, and this year’s virtual event was a valuable learning experience.

ADI has since transitioned our hands-on courses to online monthly webinars. This includes the perennially popular Nosing for Faults course, as well as Blending, Maturation and Warehousing, and others. All of these webinars have been recorded and are now available to ADI members.

Conference attendees who originally paid for in-person attendance received a refund, and we then asked virtual attendees to consider a donation to attend the event online. The response was so strong that we were able to donate $10,000 from member donations to the Distilling Research Grant, and those funds will now be made available for academic distilling science research.

Two new advocacy groups have been formed within ADI — one focused on topics of environmental sustainability, and one focused on military veterans in the distilling industry. We hope to host meetings for both groups at the 2021 conference scheduled for Louisville, KY in August 23–25.

The year came to a close with the passage of a last-minute omnibus spending bill, funding the US government for 2021, and which included the full, permanent version of the CMBTRA. The president signed the bill into law just before the end of the year. While the future remains uncertain for many, craft distilleries collectively breathed as sigh of relief a looming FET increase is no longer a threat.

Three Distilling Research projects were approved and funded in 2019: Ancient Stills, Real Time Analysis of Congeners, and Dissolved Oxygen Dynamics of Barrel-Aged Distillate. The first two projects were completed, with findings of the Real Time Analysis project presented at the 2020 virtual conference. The Dissolved Oxygen project is kicking off now, and we look forward to hearing more in the coming months.

The DRG review committee went through a new round of proposals in November 2020, and approved two travel stipends for graduate students from Herriot Watt to present their findings at the 2021 conference in August — one on Juniper Profiles, and the other exploring roasted malt flavor in distillate. The remaining proposals were rejected with comments, and 4 were asked to revise their proposals and resubmit in January for further evaluation.

A major topic of focus for ADI and the industry as a whole for the upcoming year will be achieving regulatory equality among the states. Distillers should regulated in manner equal to brewers and wine makers. Alcohol consumption is a choice, and individuals should be free to make that choice in the manner of their choosing, regardless of their state of residence. To that end we will be supporting a variety of DTC advocacy efforts over the coming year in coordination with our institutional partners and industry allies.

On February 15, 2021, ADI will host the annual auction for the purpose of raising money to fund the DRG. The request for proposals will open at the same time as the auction, so if there are topics of interest relating to craft distilling that you would like to see addressed let us know.

I want to thank you all for your contributions to ADI. Although this year has been incredibly difficult, the industry has been rapidly growing for the last 18 years, and we are hoping to maintain those gains and continue supporting craft distillers. As we move forward, we remain singularly committed to bringing value and a strong sense of community to you, our members. Thank you all once again for all that you do. And please stay safe. 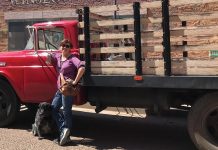 On the Road to Cajun Spirits