In 1979, the Bureau of Alcohol, Tobacco and Firearms (ATF) issued ruling 79-9 to help clarify terms distillers were increasingly using to describe their products. Up until 1979, the ATF was evaluating the use of the terms “Original Proof,” “Original Barrel Proof,” “Entry Proof” and “Barrel Proof” on a case-by-case basis, causing confusion and inconsistencies in the label approval process. Here is the final ruling from the TTB to set universal standards and definitions for these terms:

Held further, “Barrel Proof” on a distilled spirits label indicates that the bottling proof is not more than two degrees lower than the proof established at the time the spirits were gauged for tax determination.

This was a profound ruling by the ATF, as it continued to identify that specific words on labels, however vague or commonplace, could be regulated. It meant that if a barrel were entered at a given proof, and that proof changed as the angels took their share, in order to be released at “original proof,” “original barrel proof” or “entry proof” the spirit would have to be adjusted to be at the same proof at which it entered the barrel.

The term “cask strength,” however, isn’t specifically regulated but is generally accepted as the unadjusted proof of the whiskey after aging and dumping.

One of the first post-Prohibition terms to be strictly

Section 21, Class 2(b), (c), and (d) of Regulations No. 5 provides that whisky bottled on or after July 1, 1938, and aged in charred new oak cooperage for not less than 24 calendar months may be designated “straight whisky” if a distillate from fermented mash of grain distilled at not more than 160 degrees of proof and withdrawn from the cistern room of the distillery at not more than 110 degrees and not less than 80 degrees proof, whether or not such proof is further reduced prior to bottling to not less than 80 degrees proof.

The goal of the TTB and ATF was not to restrict creativity or distillery innovation, but to uphold one of their most important tenets: consumer protection. By regulating common terms, consumers could be confident of what they were buying. One of the very first historical examples of consumer protection actually came from the whiskey industry when the term “Bottled in Bond” was defined in the Bottled in Bond Act of 1897. Here are the current requirements for a whiskey to be labeled as Bottled in Bond:

The words “bond,” “bonded,” “bottled in bond,” “aged in bond” or phrases containing these or synonymous terms, shall not be used on any label or as part of the brand name of domestic distilled spirits unless the distilled spirits are:

(i) Composed of the same kind of spirits produced from the same class of materials;

(iii) Stored for at least four years in wooden containers wherein the spirits have been in contact with the wood surface;

(v) Reduced in proof by the addition of pure water only to 100 degrees of proof; and

In addition to defining and holding industry members accountable for the use of certain terms, the TTB also restricts the use of some terms like “elixir” that could imply a medicinal benefit. There are also instances where the Food and Drug Administration (FDA) and the TTB work together to define terms. In 2014 the TTB, in conjunction with the FDA, clarified what alcohol labels can use the term “gluten-free” in a long, 11-page ruling 2014-2. In short, fermented and distilled spirits can only use the term “gluten-free” if no materials containing gluten were used in the process.

As many words and terms as the TTB regulates and defines, there are still several common terms that have no specific ruling. One such term that has no specific regulation is “single barrel.” Since this term is not defined, any distillery could put it on their label. However, if the distillery isn’t bottling spirits from a single barrel as consumers might expect, this may open the bottler to the liability of using deceptive or misleading claims.

One of the biggest challenges that new craft distillers face going to market is that their bourbons and whiskeys are young compared to the more established larger distilleries. That said, until the new distiller’s whiskey is at least four years old, the distiller must declare an age statement on the label. If a label for a young whiskey is submitted to and approved by the TTB without an age statement, it is not that the TTB is approving an exception to the four-year rule. It is because the TTB agent assumed the whiskey in the bottle is at least four years old.

As the market for aged spirits and whiskeys grows, the number of new whiskey and bourbon labels on the market will continue to rise. Consumers, eager for the latest and greatest, are looking for new and innovative whiskeys but need to feel confident that what they see on the label is a truthful description of what they are buying. The TTB, in its attempt to protect the consumer and set a fair marketplace for all producers, defines terms and sets rules that everyone can follow. However, it is up to the distiller to be aware of all the regulations when designing labels. As long as everyone follows the rules, everyone wins. 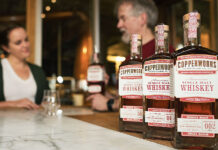 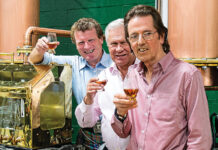 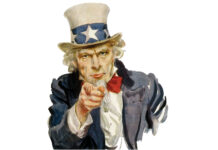