Given the intricate blend of cultures and wealth of natural biomes scattered across 470,000 square miles (1.2 million km²) of land, it should come as no surprise that South Africa is a pioneer within the realm of booze. Many are familiar with the country’s affinity for wine — the striking cliffs and valleys of Stellenbosch and Franschhoek are home to top-quality products, with the South African wine industry having engineered its own unique grape varietals that have now made their way across the globe. However, when it comes to the country’s liquor market, one particular distillate has yet to gain worldwide recognition: South African gin.

Those familiar with gin are surely aware of the spirit’s origin — the liquor that we know and love today owes itself to genever, a Dutch creation that incorporated heavy juniper flavor to mask the harshness imparted by its high alcohol content. The spirit made its way to England, earning a particularly nefarious reputation thanks to its oft-illicit “botanicals” used in place of juniper (turpentine being a popular substitute) as well as its popularity amongst the more impoverished citizens of London over more costly spirits such as French brandy. Through government intervention, the gin industry was slowly reformed, allowing the spirit to flourish across the United Kingdom.

As colonialism made its way across the world, gin spread along with it. One particular cocktail, the gin and tonic, would likely not exist today if it weren’t for Europe’s desire to conquer foreign lands. As malaria tore its way through troops stationed in tropical climates, India and the Philippines being two heavily afflicted regions, the breakthrough drug quinine was discovered to ward off the ailment. The medicine was horribly bitter, and a potion consisting of gin, water, sugar and lime was soon created to form a palatable, rudimentary cocktail. While South Africa was not plagued by malaria as some other regions throughout the continent, gin had firmly established itself as a choice spirit amongst the nation’s white colonist ruling class.

So when, exactly, did the South African gin boom begin? Though the spirit has been a popular drink from the onset of British rule, local craft gin didn’t begin making waves until the mid-2010s. “Premium, handcrafted gin has seen a huge spike in production in South Africa in the last 3–5 years,” says South African native Ian Haggie, Head of Product & Business Development at the Cape Town tour company Explore Sideways. “Pioneers like Wilderer Distillery in the Cape Winelands and Hope Distillery in Cape Town are producing world-class, quality gins. Often distilled or infused with indigenous botanicals like fynbos or anything from citrus to cinnamon, these producers are pushing the boundaries when it comes to quality.”

Another early mover in the industry was Inverroche, a distillery founded by Lorna Scott in homage to her family’s South African roots in combination with Gaelic heritage, while Cape Town Gin Co. has crafted multiple award-winning expressions since 2015. As this bubbling industry began to boom, it quickly became apparent that South African distillers have a unique competitive advantage that few other national producers do: access to the rich array of botanicals scattered throughout the country.

“Gin, much like wine, can often be identified by its geographical location. In South Africa, for example, you are able to tour several distilleries and sample gins that pay homage to the local botanicals found in a specific area… Several South African craft distillers have managed to find the perfect balance between using botanicals unique to their area whilst also maintaining the true character of gin, which is the juniper berry,” states Leon Bussio, head of sales at Cape Town’s Deep South Distillery, the southernmost gin producer in all of South Africa. Founded in 2018, this operation’s Cape Dry Gin earned a gold medal at the 2019 London Spirits Competition, making it the highest ranked gin over 300 other competitors.

With thousands of different native shrubs and flowers to choose from, no two gins across South Africa are quite the same. Though plants from all across the nation are incorporated into the distillation process, there are certain regions that are more often frequented by experimenting distillers. One particular treasure trove is referred to as the Fynbos, an Afrikaans term meaning “fine-leaved plants.” This sprawling region stretches along the Southern African coast, constituting roughly 35,000 square miles (~90,000 km²) and containing over 6,000 endemic plant species.

Of all the types of botanicals to be found in the Fynbos, several have firmly rooted themselves into South Africa’s culinary culture. One particular herb is known in Afrikaans as rooibos, translating to “red bush.” This dense, spiny shrub is most commonly harvested to create a beloved South African tea with a ruby-red color and a flavor that resembles yerba mate. Given the beverage’s popularity, a few distilleries across the country have tried their hand at a rooibos-infused gin, with Cape Town Gin Co. and New Harbour Distillery offering such a product.

Another notable botanical sourced from the Fynbos region is Honeybush, or Heuningbos. This flowering plant has, as the name implies, a strong honey flavor and is also a common ingredient used to make South African tea. Visitors hoping to get a taste of this sweet herb can head to Mossel Bay, a coastal town roughly halfway between Cape Town and Port Elizabeth. The community is home to Harmony Distillery, an operation that made history as the first to incorporate Honeybush into their gin.

While the Fynbos region is home to a wealth of popular botanicals, distilleries across the nation are continuing to experiment with a more diverse array of ingredients. In 2020, KWV’s Cruxland Gin took the title of World’s Best London Dry Gin at that year’s World Gin Awards — a feat that had never before been accomplished by a product from South Africa. The distinct botanical that gave this spirit the edge over the competition? Kalahari truffle. This rare fungus is native to the sparsely populated Kalahari Desert, an expanse of sand stretching about 359,000 square miles (930,000 km²) across Botswana, Namibia and South Africa. The truffle is exceedingly rare, only revealing itself beneath the earth after one of the region’s infrequent rainstorms. After reaching such heights of success, there’s no telling which obscure endemic species will become the next big botanical.

As craft gin distilleries continue to surge throughout the country, cocktail culture is slowly beginning to embrace South African gin — though there are some slight issues that are holding it back from reaching its full potential. “Most South African gins are more expensive than those imported into the country… so that makes it difficult for bartenders to use them in drinks, and as a result imported gins are still taking the forefront in cocktails,” says Yves Ilunga Kadilo, bartender at Flames Cocktail Bar at the Four Seasons Hotel The Westcliff in Johannesburg.

While South African gin has yet to be fully integrated into the country’s cocktail culture, South Africa’s largest cities are rife with world-class bars, many of which also offer a wealth of the spirit to be sipped neat. “The cocktail scene [in South Africa] has changed drastically — everyone wants to open up a cocktail bar thanks to the excellent work done by bars like Sin + Tax, House of Machines and Orphanage Cocktail Emporium in the past.” These are just a few of the many South African bars that stand as a testament to the country’s newfound expertise in the realm of cocktails. Johannesburg’s Sin + Tax was ranked the 88th on the extended version of 2019’s Best Bar on World’s 50 Best Bars list, the only African entry to appear on the list.

For those aiming to explore South Africa through the lens of gin, Cape Town is one of the most ideal destinations. Given the large number of craft distilleries scattered throughout city limits, it may be difficult to decide the perfect route for a tasting excursion. Fortunately, there are a wealth of tour programs dedicated to providing a thorough introduction to the city’s unique range of products. One particular program is the aforementioned Explore Sideways, which offers curated tours highlighting a wide range of interests, from food and wine tours of Cape Town’s stunning Franschhoek region to immersive art tours to a full day Gin Connoisseurs’ Tour, paying visits to the city’s most prominent distilleries and bars for multiple tastings.

While some of South Africa’s other major cities are lacking in the tour department, that doesn’t mean they’re not home to some incredible distilleries worth visiting. For those staying in Johannesburg, Time Anchor Distillery is a prominent operation in the city, offering tours and tastings focusing on their wide array of products. For those in the charming coastal city of Durban, Distillery 031 is the city’s most acclaimed gin producer, offering several varieties of the spirit alongside rum, vodka, cachaça and other distillates.

With a wealth of diverse and distinct botanicals still waiting to be discovered, the country is in a unique position when it comes to experimentation. And given the massive increase of craft distilleries popping up across the nation, it looks as though these experiments won’t be ending any time soon. There’s no way to predict exactly how South Africa’s gin industry will evolve in the coming years, but based on its current trajectory, it seems safe to say that the spirit is on its way to carving a lasting and distinct niche in the global market. 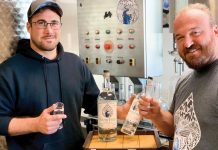 From DoD to C2G 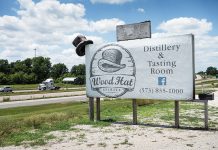